Daily news update: Bushiri ‘not shocked or surprised’ by new warrants, Cele slams Malema’s ‘threats’ against SAPS, what if you don’t get your 13th cheque? Bushiri ‘not shocked or surprised’ by rape warrants of arrest Enlightened Christian Gathering leader Shepherd Bushiri speaks during a televised address on Saturday, confirming that he is in Malawi after fleeing from South Africa while out on bail. Picture: Screenshot

Self-proclaimed prophet, Shepherd Bushiri has said that he is neither shocked nor surprised by media reports on the warrants of arrest that have been issued against him following rape allegations.

In a statement issued by his spokesperson, Ephraim Nyondo, Bushiri said the warrants of arrest were “part of the larger crusade to try and persecute my name in the media by a team of same white police officers notably from the Hawks”.

“For the record, it is trite that when a warrant of arrest is issued, law enforcement agencies proceed to effect the arrest; not leaking information to the media as my case has always been with these white police officers.

“These are white police officers that I opened extortion and corruption cases against in 2018 after they tried, unsuccessfully, to extort about R10 million from me. At the time, they were clear and on record saying that ‘failure to pay the R10million would result in immediate retaliation’.

“Despite confirming the opening of such cases, South African Authorities haven’t taken any relevant steps to bring to book these white police officers. Police Minister Bheki Cele says statements made by EFF leader Julius Malema over the weekend against SAPS members will not be taken lightly.

On Monday, Cele said he had noted with disgust the, “reckless, irresponsible and dangerous” statements made by Malema while addressing his supporters over the weekend. Cele said the statements by Malema clearly encouraged violence against members of SAPS and their families.

“I think the EFF leader has crossed the line, you’re not going to threaten the police and think they will just fold their arms. The job of the police is clear and is prescribed in the Constitution, which is to protect, prevent, combat and investigate crime.

“Police are also there to uphold and enforce the law, so no one has the right threaten the police when they conduct their work,” Cele said.

The minister has called on police to protect themselves, adding that he was confident that, if needs be, they were “more than capable of defending themselves, should they be under any attack”.

Cele said: “The threat to the lives of police members and their families will not be tolerated, officers of the law should never be used as bait for political mileage.”

What if your employer does not pay your bonus or 13th cheque this year? 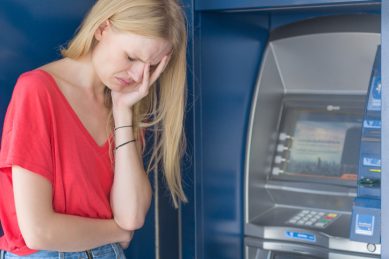 Whether you can demand your bonus or 13th cheque depends on your contract of employment or on historical custom and practice, says Michael Opperman from Omni Labour Consultants.

You have a right to insist on receiving your bonus or 13th cheque if it is defined in your contract of employment.

On the other hand, you cannot insist on receiving your bonus if your contract of employment specifically gives your employer the right to choose when to pay a bonus or thirteenth cheque.

If the bonus relies on company performance or your own performance at work, the contractual conditions of these categories must be enforced.

Opperman says your right to a bonus is not automatically annulled by the advent of Covid-19.

“The employer remains contractually liable for your bonus or 13th cheque.”

Motshekga fumes as another matric paper is leaked 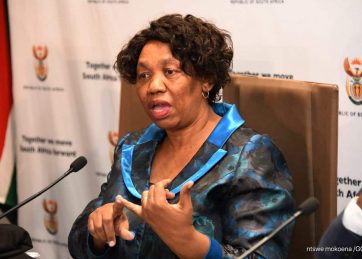 Despite the Hawks being called in to probe the leak of the Mathematics Paper 2 last week, the Physical Sciences Paper 2 was also leaked and circulated before the exam started on Monday morning.

The Council of Education Ministers (CEM) held an urgent meeting on Monday afternoon to consider the implications of the latest developments.

“It is unfortunate that people continue to be involved in something like this even though the consequences can be dire. We condemn in the strongest terms the conduct of persons who undermine the integrity of the examination because it causes untold stress on the learners who are looking forward to exiting the schooling system with a pass from an honest examination, not one associated with cheating,” said Basic Education Minister Angie Motshekga.

CEM considered several options that are meant to further protect the exams but for security reasons these would not be divulged, the statement said. After being probed repeatedly about his rumoured romantic relationship with actress and socialite Thuli Phongolo, Duduzane Zuma simply said “I’m not smashing, let’s just start there. Let’s just be clear.”

Speaking on Podcast and Chill with Mac G, Zuma addressed everything from his status as a sex symbol, his life as the son of a prominent political figure and his own political ambitions.

“It popped up and I don’t know where it popped up from. The unfortunate thing is that there have been a lot of media reports of this nature and of other nature… corruption, fraud that have popped up and they are untrue,” he continued.

“She’s a beautiful young lady, I have only heard of her now. She’s doing her thing and all the best with whatever she is doing but I don’t know her, let’s just start there. Point number two, I’ve never met her. The third and obvious point is that I’ll categorically deny it.”

Zuma has been married to Shanice Stork since 2015 and the couple have one child together. When asked about whether or not he would be following in his father’s footsteps by adding another wife to the mix, he could not be drawn on a definitive answer.

“‘I’m a traditionalist at heart. I mean, the way life goes, life goes. At this point I’m not sure, I’m not trying to Flava Flav it. At the same time, it’s life, you know. We live life and we see how it progresses.” People for the Ethical Treatment of Animals (Peta) has stuck to its guns in alleging that President Cyril Ramaphosa secretly benefits from trophy hunting.

On Friday, Peta said that it had found that Ramaphosa secretly profited from trophy hunting through hunting company Tsala Hunting Safaris.

The Presidency denied the allegations, saying neither him nor Phala Phala Wildlife had a stake in the trophy hunting industry or in Tsala Hunting Safaris.

Peta, a non-profit American animal rights organisation, said on Monday: “Ramaphosa’s instructions to give ‘notice to Tsala Hunting Safaris to terminate the hunting arrangement with them’ because of the allegations that Tsala engages in the hunting of protected or threatened species [such as white rhinos] is a tacit confirmation of one of Peta’s claims.”

“We hope this is just the first step Ramaphosa takes in divesting himself of all trophy hunting operations,” they added.

On Friday, Ramaphosa and Phala Phala Wildlife said: “Peta US has previously made false allegations regarding the president’s interest in racing pigeon breeding.

“President Ramaphosa has been a pigeon breeder since the age of 16 and owned a flock of pigeons as a young man living in Soweto in the 1960s and ‘70s.”