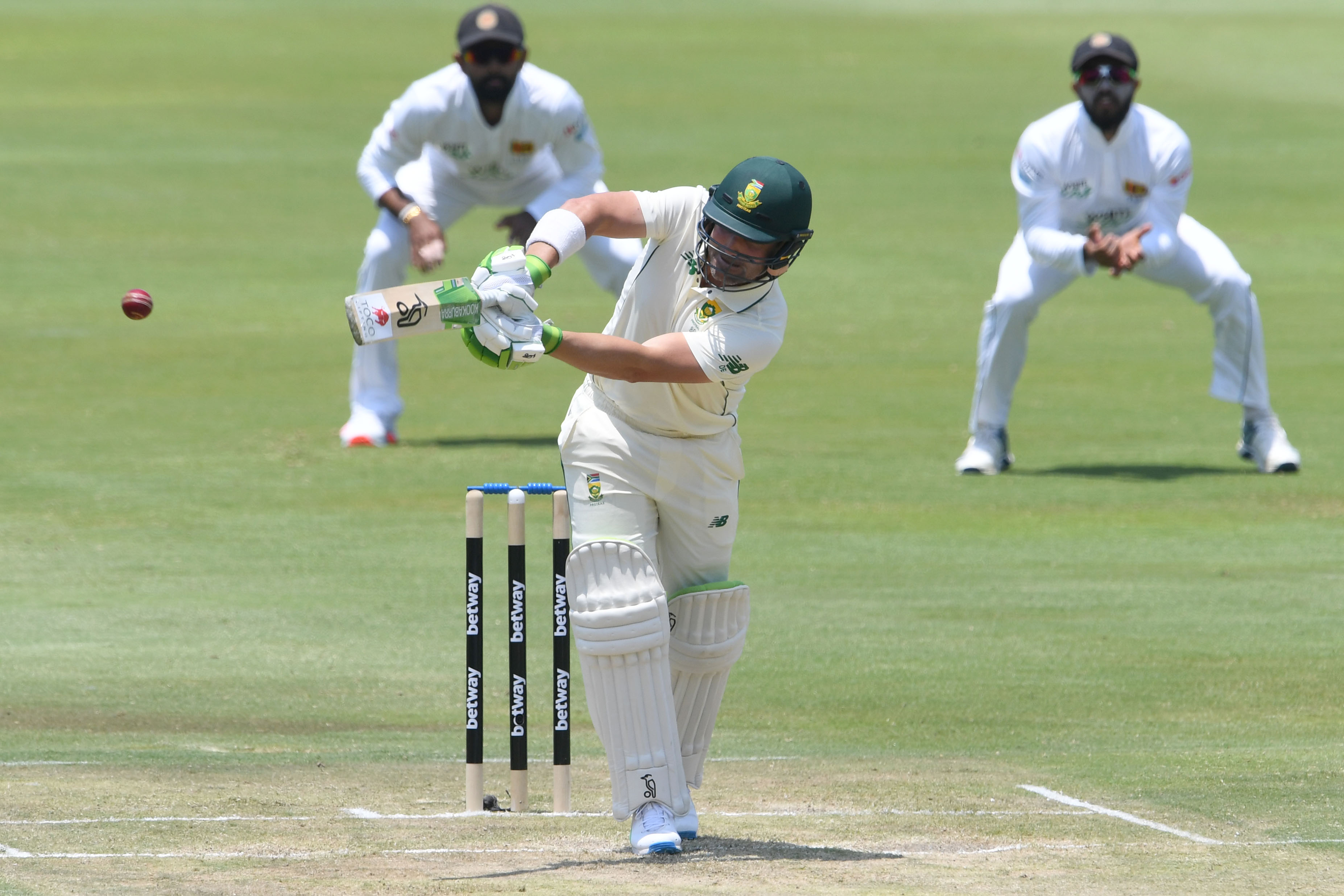 Proteas opening batsman Dean Elgar was in fine form with a big half century on day two of the first Test against Sri Lanka in Centurion on Sunday. Picture: Getty Images

Faf du Plessis was scoring off his hips like a veteran gunslinger and the ball was pinging off Temba Bavuma’s bat as the pair dominated the closing stages of the second day of the first Test against Sri Lanka, rescuing South Africa from a mid-afternoon wobble and lifting them to 317 for four at stumps in Centurion on Sunday.

Du Plessis opened up the leg-side for himself with great skill and also unleashed some superb drives through the off side as he scored 55 not out. Bavuma was 41 not out as he helped lift the Proteas from 220 for four.

Both batsmen came in under pressure with South Africa having lost three wickets for 20 runs, after an excellent opening stand of 141 between Dean Elgar and Aiden Markram.

ALSO READ: We’re set up nicely, says Elgar after a good day of batting by the Proteas

Markram was superb on the drive as he cruised to his 68 off just 94 balls, but he had also shown excellent discipline in leaving well outside off stump. But towards the end of his innings there were just some signs of looseness and he was dismissed on the stroke of 2pm when he edged a loose drive off left-arm swing bowler Vishwa Fernando to gully.

Elgar was in typically pugnacious mood as he moved to 95 off just 120 deliveries. It was a fabulous display of opening batsmanship as he scored fluently through the leg side and also weathered a fierce short-pitched, bodyline type attack from fast bowler Lahiru Kumara. But pushed on to the back foot, Elgar then went for a wide half-volley from seamer Dashun Shanaka, who pulled off a sharp return catch.

Kumara returned to line and length against Rassie van der Dussen, and had him caught behind for 15 with an excellent delivery, before debutant leg-spinner Wanindu Hasaranga had Quinton de Kock caught at slip after the Proteas captain had raced to 18 off 11 balls.

South Africa needed to bat very well to wrest control of the match away from Sri Lanka after the tourists had posted 396 all out, their highest ever total in this country.

Shanaka, who was forced to bowl many more overs than he would have expected after paceman Kasun Rajitha left the field injured after bowling just 13 deliveries, led the way with the bat as he blasted 66 not out with five sixes as Sri Lanka moved rapidly from their overnight score of 340 for six.

The Proteas attack was under the pump again but debutant Lutho Sipamla ended a record 67-run stand for the seventh wicket by removing Rajitha for 12. He then skittled Vishwa first ball with a beauty that was angled in and straightened to hit off-stump. Sipamla also claimed the last wicket to end with four for 76, highly creditable figures considering the poor start he made on the first day.