Apart from granting the Australian touring party VIP passage to and from the airport, CSA had also offered up the Irene Country Lodge for their exclusive use. 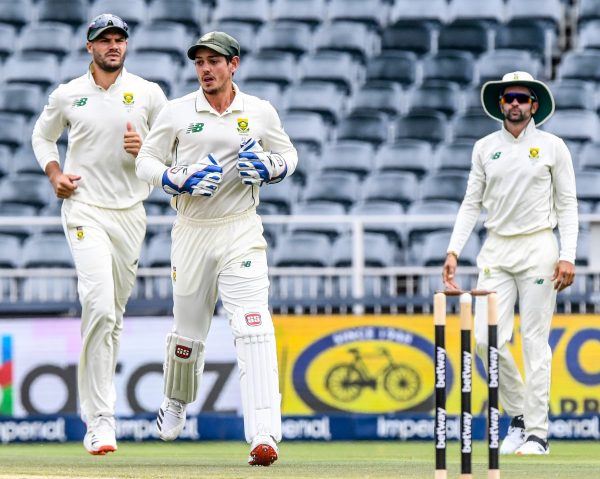 The Proteas cricket team is set to tour the West Indies in June. Picture: Gallo Images

Not even calling in the service of government to grant the Australian cricket team VIP travelling status to South Africa was enough for Cricket Australia (CA), as they pulled the plug on their scheduled three-Test series against the Proteas on Tuesday.

Cricket South Africa (CSA) released a statement recording their “immense disappointment” at CA’s decision, which they described as “regrettable”.

In the diplomatic world of corporate press statements, this was a strongly-worded criticism, which was not surprising considering how CSA have bent over backwards to try and accommodate the Australians.

Apart from granting the Australian touring party VIP passage to and from the airport, CSA had also offered up the Irene Country Lodge for their exclusive use, meaning the Proteas would have moved to a different hotel.

They had also altered their travel plans for the ongoing Pakistan tour, bringing the Test squad back early and sending a second-string outfit for the T20 series.

“The protocols we had proposed to CA were unprecedented. Firstly, we had agreed that our own Proteas team would enter the bio-secure environment (BSE) 14 days prior to the arrival of the Australian team, thus altering our planning during the current tour of Pakistan,” said CSA chief medical officer Shuaib Manjra.

“Amongst some of the other key arrangements made were that all four areas – two hotels and two venues – had a protocol to implement a strict BSE with no contact with anybody outside this area.

“We subsequently agreed to two separate BSEs and had granted Australia full and exclusive use of the Irene Country Lodge, which we shared with Sri Lanka, with a minimum staff present on site. In terms of the arrangements, the Proteas were to move to a separate hotel altogether. Furthermore, all hotel staff, match officials and even bus drivers were to enter the BSE 14 days prior to Australia’s arrival.”

Today we informed Cricket South Africa that we believe we have no choice but to postpone the forthcoming Qantas Tour of South Africa due to the coronavirus pandemic. Full statement ???? pic.twitter.com/mYjqNpkYjp

Given the suspicion of CSA’s BSE protocols, which had enabled them to host a Test series against Sri Lanka without incident, and a visit by England in which none of the touring players contracted Covid-19, it seemed South African cricket’s station in global cricket in the near future might be a long way removed from the ‘Big Three’ of Australia, England and India.

“It is indeed sad that after all the engagements and effort made to ensure a secure visit by our Australian counterparts, the tour has been derailed,” said CSA acting chief executive Pholetsi Moseki.

“CSA has incurred significant costs related to the planning stages and the cancellation of the tour represents a serious financial loss. In this challenging period for cricket and its member countries, we believe the stance taken by CA is regrettable and will have a serious impact on the sustainability of the less-wealthy cricket-playing nations.”

Given how late CA have pulled out – they were due to arrive in two weeks time – those losses are estimated to be around the R50 million mark.