Proteas can learn from the ghost of Toller in challenging conditions

After early moisture gave the South African bowlers some assistance, the pitch dried out and developed into a real beauty for batting. 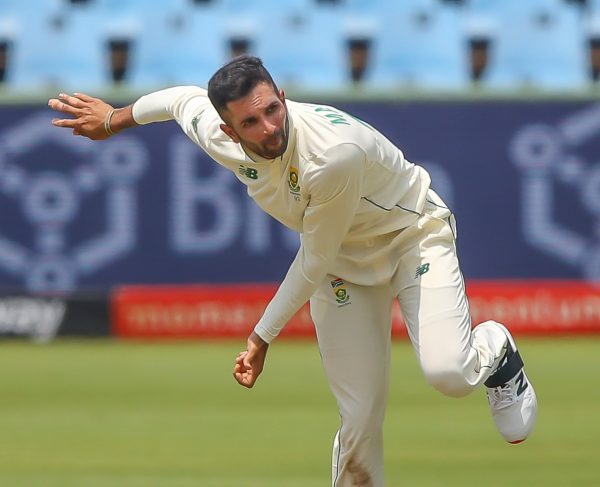 Montagu Toller is not a well-known cricketer with great exploits immediately springing to mind, except perhaps for those with the most intricate knowledge of the sport, but it looks like the Proteas will need to take a leaf out of his book after the first day of the second Test against Pakistan in Rawalpindi on Thursday.

Toller is an Olympic Games hero, taking seven for nine as Great Britain bowled France out for 26 to win the 1900 Olympic final by 158 runs.

It was the only time cricket featured at the Olympics. But the relevant item of trivia from paceman Toller’s tale is that all seven of those wickets were out bowled.

In other words, he must have really targeted the stumps, and it looks as if that is going to be the best line of attack for the Proteas as well.

That’s because Pakistan won the toss and reached 145 for three on the first day, which saw the final session of play washed out.

After early moisture gave the South African bowlers some assistance, the pitch dried out and developed into a real beauty for batting as Babar Azam (77*) and Fawad Alam (42*) shared a really fruitful partnership.

Anrich Nortje, Kagiso Rabada and Wiaan Mulder, the all-rounder who has specifically been chosen for his line-and-length abilities, have all bowled well, but with precious little movement on offer in the afternoon and the ball seldom bouncing more than hip-high, bowled and lbw seem the most likely ways for them to get wickets. So straight lines are going to be essential.

Left-arm spinner Keshav Maharaj is probably the greatest threat to the Pakistan batsmen and his variations of flight and pace have certainly tested Babar and Fawad. One sensed Babar was just itching to hit him into the spacious gardens of the Nawaz Sharif Park across the road from the stadium, but the closest he came was a lovely straight drive for a one-bounce four as Maharaj showed all his craft, cunning and accuracy.

It was a testing day for Maharaj as well, as his first delivery turned sharply, finding the edge of Imran Butt’s bat only for Temba Bavuma to drop the straight-forward catch at slip.

But the Dolphins star removed both Butt and Azhar Ali for a duck soon afterwards, the opener being smartly caught behind by Quinton de Kock as the ball turned again and Azhar being trapped lbw by a delivery that went straight on with the arm.

Back-up spinner George Linde left the field after bowling just 2.5 overs as a fierce drive by Babar lacerated the pinkie finger of his left-hand, leaving Maharaj, who turns 31 on Sunday, to toil for 25 overs as the turn on offer diminished.

“Getting through the early session is crucial for batsmen here and Babar and Fawad absorbed the pressure nicely, and then after lunch it was easier to bat,” Maharaj said.

“With the newish ball and the moisture in the morning, the ball tended to stick in the pitch a bit more. But as the moisture seeped away, the turn became substantially less.

“The wicket is pretty hard and the moisture from the rain might bind it together more, especially if the heavy roller is used between innings.

“We’ll have a better idea of how the pitch will play at the end of the second day, but everyone has been a bit confused.”