Will the families of trapped Lily Mine workers finally get closure?

ActionSA founder Herman Mashaba says government lied about the container that has Pretty Nkambule, Yvonne Mnisi and Solomon Nyirenda's remains not being retrievable. 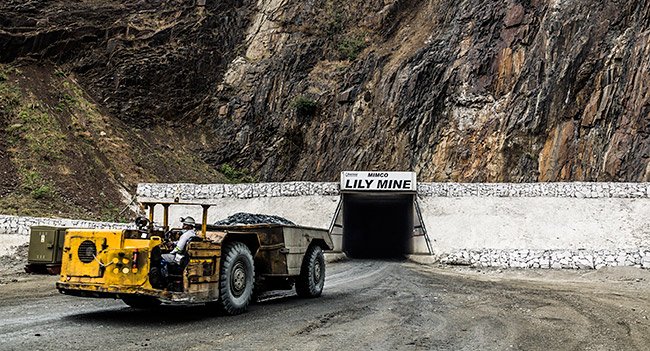 The entrance to the Lily Mine in Barberton, Mpumalanga. Picture: Supplied to Moneyweb

Five years after they were buried alive in a shipment container, there’s a glimmer of hope for the retrieval of the remains of three Lilly Mine workers Pretty Nkambule, Yvonne Mnisi and Solomon Nyirenda trapped in the pit.

According to ActionSA, the announcement by the mine’s rescue practitioners that a successful bidder had been given the green light for the retrieval of the container disproves the lies by the Department of Mineral Resources and Energy that the remains were irretrievable.

“This is proven by how the successful bidding company has undertaken to, in a legally binding commitment, to initiate the retrieval of a container while the [department] continued to insist the container is irretrievable,” Herman Mashaba, ActionSA founder, said.

He said National Prosecuting Authority (NPA) had also confirmed to their legal team that a process had started for the possible prosecution of mine management for the findings that the collapse was a result of criminal negligence.

In February 2016, the three workers were in a container used as a lamp room when the aboveground caved in, plunging them into a hole at the entrance to the mine’s decline shaft.

At least 90 trapped miners were rescued when a central pillar in a shaft at the gold mine collapsed but Nkambule, Mnisi and Nyirenda were not so lucky.

Attempts to retrieve the container were abandoned due to unstable ground conditions and risk to rescuers.

The families of the three trapped workers have been camping at a nearby house for all these years, with hope that the remains of their loved ones would one day be brought to ground.

Mashaba said they were encouraged that the plan included the legally binding commitment for the retrieval of the container to be initiated within 60 days and the payment of all outstanding wages to the former miners.

He said it was clear the retrieval of the container would take time and be a complex undertaking, but said the practitioners’ plan set the retrieval in motion.

“For five years now, the former miners and families of the trapped miners have fought for justice and for the dignity of burying their loved ones. When every effort failed, they engaged ActionSA and a top legal team was put on the task of fighting the case,” Mashaba said.

Attempts to reach the department for comment were unsuccessful.