The ANC's national working committee finalised Ace Magashule's fate earlier this week, after he failed to step aside at the end of the 30-day deadline. 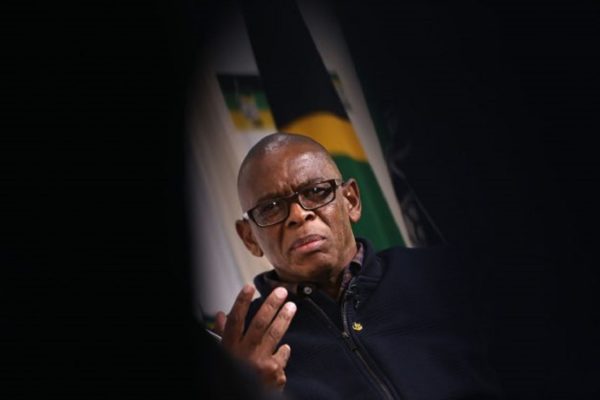 ANC secretary-general Ace Magashule has been suspended by the governing party, following his continued refusal to step aside as mandated by the party’s NEC.

The ANC’s national working committee (NWC) finalised his fate earlier this week, when he failed to honour the party’s step aside rule at the end of the 30-day deadline.

Magashule’s suspension letter, dated 3 May and seemingly drafted by his deputy, Jessie Duarte, says the NWC had received a report from the party’s top six officials through a team led by ANC treasurer-general Paul Mashatile on the proposed terms and conditions regulating the participation and conduct of members during the period that they step aside voluntarily.

Duarte informed Magashule that he was temporarily suspended, effective from Monday, until his corruption trial is wrapped up.

Magashule was charged and released on R200,000 bail in November after he appeared briefly in the Bloemfontein Magistrate’s Court on 21 charges of corruption and fraud, alternatively theft and money laundering relating to a multimillion-rand asbestos audit contract scandal in the Free State.

His suspension means he may is not allowed to carry out any of his duties as secretary-general, represent the organisation publicly, or make any public pronouncements. He is also prohibited from mobilising any ANC structures on matters both related or unrelated to his stepping aside.

On Tuesday afternoon, the party’s NWC announced it had “reaffirmed the decision” that all officials implicated and charged with corruption or other serious crimes need to step aside within 30 days after being charged.

The decision to suspend one of the most senior officials in the ruling party has been dragging on for several weeks since the ANC made the decision at the end of March.

Magashule had become increasingly isolated as he tried to drum up support. It was reported on Tuesday he had has been left isolated among his fellow top six officials in the ANC’s national executive committee.