Most trucks and courier vans are targeted for their cargo, notably food, appliances and 'other priced goods'. 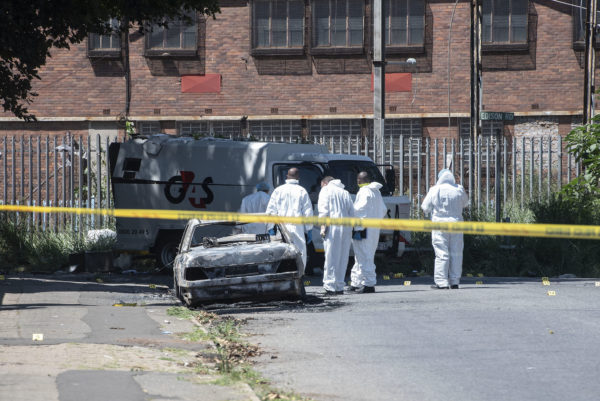 Cash-in-transit (CIT) robberies decreased by 10.6% in the first three months of this year.

CIT robberies have become a serious crime trend over the past few years, with 50 incidents occurring from January to March 2018.

“While police officers still have their hands full when it comes to preventing this crime, they certainly have started to change their responses against these thugs who risk the lives of community members for their selfish gains,” Cele said during the quarterly crime statistics briefing on Friday.

Truck hijackings on the rise

Cele said most trucks and courier vans were targeted for their cargo, notably food, appliances and “other priced goods”.

“Police must step up their efforts in clamping down on truck hijackings which recorded a double-digit percentage increase,” Cele said.

A total of 4,513 cars were stolen during the months of January, February and March of this year.

This is an increase of 4.9% compared to the same time period last year, which translates to 210 more incidents.

The trend of carjackings continues to increase steadily, with no sign of slowing down.

“Carjacking took place mostly in formal and non-formal residence in the country’s townships, followed by suburbs in urban areas.”

Cele said the “cars of choice” for criminals are sedans and hatchbacks, as well as panel vans and bakkies.