Misuzulu ka Zwelithini said nothing from his childhood hinted at him being the next king, adding that not even his brothers knew he would be king. 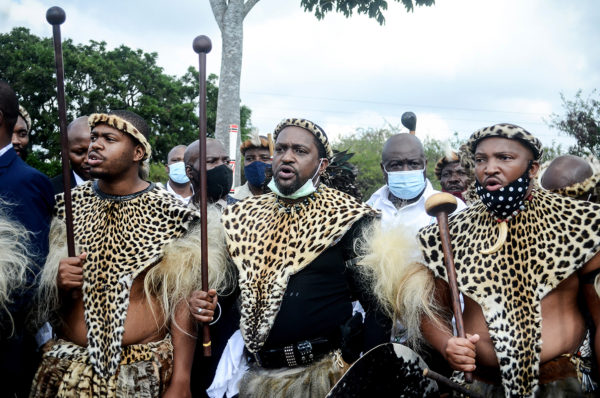 Dlamini-Zulu was appointed the Zulu’s interim leader after king Goodwill Zwelithini’s death in March. She had been tasked with announcing the new king before her death just a month later.

The queen’s will was read right after her funeral and broadcast live on TV.

“We wanted everything to happen quickly in so far as reading it publicly – to diffuse a lot of things that were already in people minds. Whoever was thinking whatever they were thinking, remember at that time my father’s will was already being disputed,” the king told Ziyanda Ngcobo on Newzroom Afrika on Wednesday night.

“We sat down with the attorneys and everybody involved and we said look, this one let’s do it publicly because my father’s was done privately and we said let’s do this one publicly, just to also to send a message publicly so that everyone has a clear picture on what’s going on.”

ALSO READ: ‘Anything is possible,’ says Zulu king on getting more wives

‘I never knew I was going to be king’

The king said nothing from his childhood hinted at him being the next king, adding that not even his brothers knew he would be king.

“Coming from a polygamous background, you can never be sure of anything. Having to share your mother and father with the rest of the nation, to even try to suspect that you might be king or senior in the family is very difficult because the family is very big,” he said.

“It consists of 12 houses, so picking a king is a very difficult process which I don’t even think any of my brothers even thought I was going to be king or they would be king for that matter. We were never raised like that.”

Though speculation was rife the king knew he would be announced the when he arrived at the meeting flanked by amabutho, he said he only knew he was the next king when his name was called out during the reading of his mother’s will.

He said he did not plan to arrive at the meeting flanked by amabutho.

“On that day on my arrival, it just happened automatically. I think the Zulus were really hungry for a king, they were hungry for a leader to sit on that seat,” he said.

“All this was happening at my mother’s memorial and it was also my family homestead, even the warriors, while there they felt the pain that I was going through – I had lost my father and now the queen, through that comfort and support, that’s why what happened , happened. I did not plan it.  I did not know that night that my name was going to be read in that will.”

Just after he was nominated the new king, tensions arose as prince Thokozani challenged his appointment. The king was whisked out of the meeting when his security suspected a threat on his life.

Princesses Ntandoyenkosi and Ntombizosuthu have filed papers disputing the validity of Zwelithini’s will which appointed the late queen as regent. They claim the late king’s will may be fraudulent and the signature on it may have been forged.

The king, however, disputed this.

“I don’t believe the signatures are fake but these are court matters. I don’t dispute anything my father has put in his will,” he said.

“We are going through a crisis but it’s something that can be solved. I do believe all of this will be over one day and everyone will come back home and we will sit down as a family. I believe it’s a matter that the family needs to sit down and resolve because at the end of the day, we can’t have two kings.” 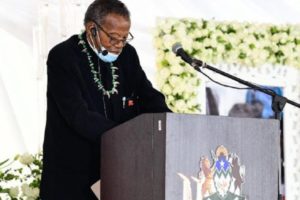 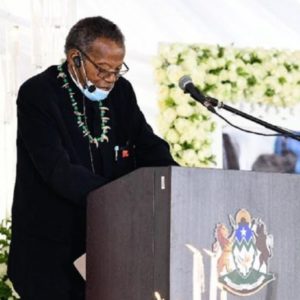 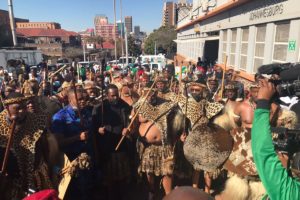 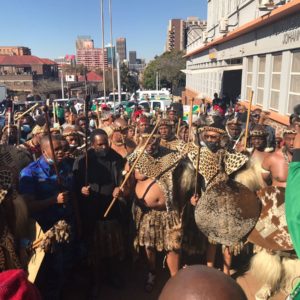