Transport minister announces 'determination and hard work to turn the situation around has paid off'. 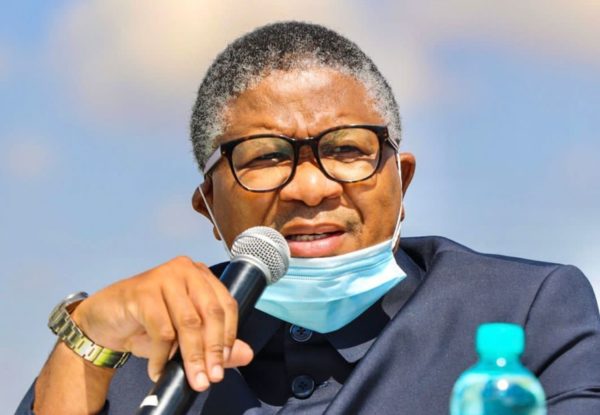 Mbalula was joined by the RAF board chair Nomvula Msibi as well as RAF CEO Collins Letsoalo. Mbalula said his team is “moving with speed in changing the Road Accident Fund from a fault-based policy approach to a no-fault policy-based approach”.

He said “current dispensation of RAF is not sustainable” but added the fund is on the right path. He vowed that the team “will continue to work towards a sustainable and equitable road accident benefit scheme”.

According to Mbabula, RAF is the “biggest liability after Eskom”. However, Mbalula adds that the RAF’s “determination and hard work to turn the situation around has paid off”.

The deficit “continued until the historic R3.2 billion surplus reported for the period ended on 31 March 2021”, compared to the R5.2 billion deficit of the previous year.

Letsoalo said the fund is “quite excited” about the surplus. Furthermore:

In addition, Letsoalo explained the fund adopted a new model for bringing legal costs down, geared towards administration efficiency. The CEO adds that the fund has now “achieved a reduction in administrative costs” exceeding R7 billion during the 2020/2021 financial year.

Letsoalo said South Africans who “are not complying with the Act” are also to blame for the fund’s backlog. He said about 80% of claims were incomplete due to outstanding information.

In most cases, accident reports are submitted without the required medical reports. Letsoalo reminded citizens that road accidents must be reported to the fund within 14 days, on the RAF 3 form.

Going forward, the fund will be “quite active” ensuring South Africans comply. In addition, the road accident fund will be reviewing regulations and effect changes where necessary. A new strategy will be released in due course.

“We are going to be provincially based and focused. [We will] ensure that it’s very easy to claim from RAF”.

Now read: How to claim from the Road Accident Fund for loss of earnings

Together with the RAF board led by the Chairperson, Ms Msibi and RAF Executive led by its CEO, Mr Collins Letsoalo we will announce measures taken to reduce the liability of RAF since 2019. https://t.co/NFCoBN1Beq