Sanef called on the leadership of the EFF to condemn such behaviour. 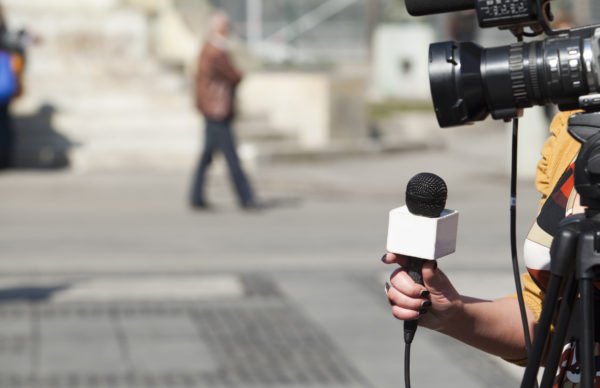 The South African National Editors’ Forum (Sanef) has strongly condemned the unlawful intimidation of eNCA journalists, allegedly by EFF supporters. The journalists were covering a protest in Tokai, Cape Town.

According to Sanef, the supporters harassed and prevented eNCA journalists from covering the protest on Thursday. The body said in a statement:

“We believe that the deplorable actions of intimidation against eNCA anchor Ayesha Ismail and cameraman Mario Pedro have severe implications for journalism. A video circulating on social media shows the threats being made to the eNCA team.”

“They were told to leave, and one supporter even threatened them with a sjambok, while another is heard saying ‘we gonna teach you all a good lesson’.”

However, Western Cape EFF chairperson, Melikhaya Xego, dismissed Sanef’s claims, saying they did not intimidate anyone.

“It’s just unfortunate that there were a lot of people speaking at the same time, but we did not physically touch any journalist from eNCA,” Xego said.

No interviews from EFF

He added that they had decided they were going to “humble” the media house after eNCA journalists decided not to cover their national assembly conference.

“We can’t force them not to attend our protests and pressers, but we will not give them any interviews,” added Xego.

Earlier on Thursday, EFF spokesperson, Wandile Kasibe, said their supporters were protesting against the alleged poisoning of a fruit tree, from which “black and coloured children are picking from”.

According to Kasibe, the tree was allegedly poisoned after a neighbouring homeowner requested that it be cut back to prevent “unwanted people in the area”.

Sanef said the EFF’s hostility towards eNCA dates back to December 2019 when the party declared that the Daily Maverick, their investigative unit, Scorpio, and independent investigative journalism unit, amaBhungane, would no longer be “allowed” to cover its events or briefings.

The body called on the leadership of the EFF, as a political party in a parliamentary democracy, to condemn such behaviour.

“The media is an essential cog in the promotion of democracy. It acts as a mirror to society and, as such, is open to listening to – and publicising – all points of view. Political formations that are, in any sense, democratic, should engage with – and not abuse and shun – the media.”