Says he has since worked with the South African Human Rights Commission which helped reform him. 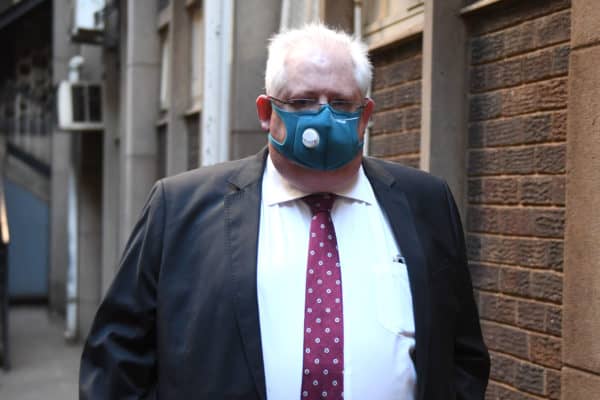 Former Bosasa chief operating officer Angelo Agrizzi has told the Commission of Inquiry into Allegations of State Capture that he’s no longer a racist.

Agrizzi was being cross-examined by advocate Reg Willis, representing former Armscor CEO Kevin Wakeford, who has been implicated in the list of individuals said to have benefited from Bosasa, now African Global Corporations.

Wakeford, who was a consultant to Bosasa for about eight years, allegedly received R100,000 a month for helping Bosasa “resolve” its issues with the South African Revenue Service (Sars).

The former Armscor boss has since denied allegations of corruption, describing them as “false”, “vague” and “unsubstantiated”.

He added that the allegations had been deliberately crafted and given to deceive the commission and there was no evidence to support “these fabrications” .

During cross-examination, Willis wanted Agrizzi to admit he had confessed to being a racist in the past. The confession took Deputy Chief Justice Raymond Zondo to intervene in order to happen.

“I was a racist and I was deeply sorry for it. I was honest and I spoke and I explained to the chairperson exactly what I had done wrong. And I went and sought help for that,” Agrizzi said on Thursday evening.

“I came and I said I was a racist for saying what I said at the time. I’m deeply sorry and made my own amends. I’m still today working on it and I’m working with people that help me every day.”

READ MORE: Agrizzi maintains he did not murder Gavin Watson

Agrizzi said he has since worked with the South African Human Rights Commission which has helped reform him.

“I was a racist when I made that comment, chair. It was because of what I had said. What I said was despicable. I read the affidavit and it’s very clear in trying to paint me as this person that racist when I was at Bosasa. I was there for 20 years,” he said.

“I’m no longer a racist. I’ve worked closely with Mr Buang Jones from the South African Human Rights Commission. They have assisted me and they helped me not to think of race as a colour. I’ve become aware and I’ve worked with them, even in Alexandra and I enjoyed it. So my answer to advocate Wallis is, ‘No. There is no longer even a racist thing in my mind.'”

An audio clip in which Agrizzi is heard using the K-word was first leaked in 2018.

Agrizzi admitted the slur was said at a meeting at his house between himself and Watson’s family, claiming they coaxed him into saying what he said in the clip, recording it purposefully to discredit him.

The former Bosasa chief said he was ”half asleep” during the meeting with Watson’s brother Jarred, who brought along Gavin’s two children, Lindsay and Roth.

He previously told the commission he had earlier consumed alcohol after working through the night.