Cape Town residents are warned to brace for a chilly evening. 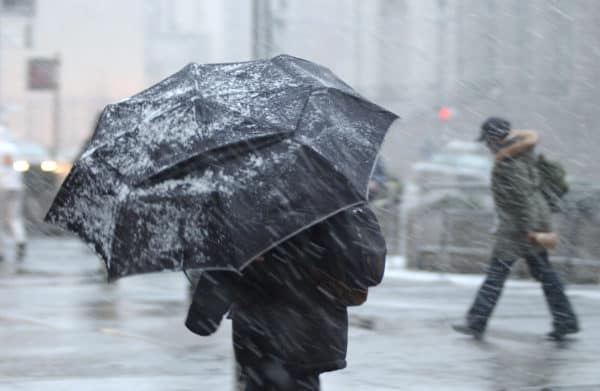 Carry your brollies this weekend if you're in the Cape. Picture: iStock

The South African Weather Service (Saws) has warned of severe weather conditions expected on Thursday evening, including a cold front making landfall, a dusting of snow and the possibility of floods.

The weather service warns residents to prepare for strong to gale force winds and heavy rainfall from mid-afternoon over the south-western Cape. Impacts include:

Gale force winds of between 50 and 60 kilometres per hour are expected over the southern interior of the Namakwa district in the Northern Cape and the interior of the Western Cape.

Residents are warned of localised flooding of susceptible informal settlements and disruption to electrical services. In addition, “motor vehicle accidents are like on wet slippery roads”, the weather service said.

A cold front will make landfall over the western region of the province by Thursday evening, resulting in rainfall over the southern parts of the city of Cape Town, the Cape Winelands and Theewaterskloof.

“In the event there are any threats to life or property as a result of the weather, residents are advised to call the city’s Public Emergency Communication Centre by dialing 021 480 7700 from a cellphone or 107 from a landline.”