Metrorail called on commuters to 'be extra careful during this period'. 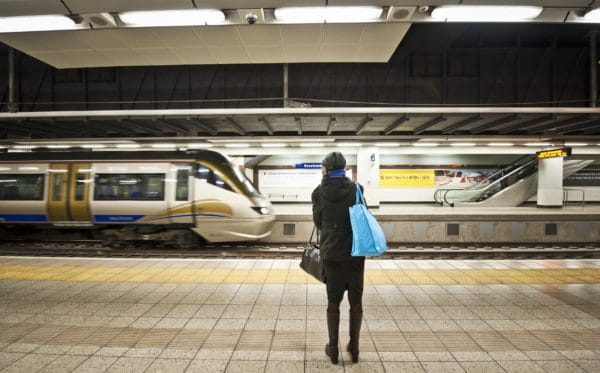 Metrorail Gauteng late Sunday evening said train commuters in Gauteng should make alternative plans as “no train services will operate in all its corridors across the province” due to protests.

Metrorail said it is in the interests of commuters and staff safety, following “the chaotic scenes in Johannesburg” over the weekend.

“Suspending the train service is not only in Metrorail’s interest but also in the interest of the safety of all its critical assets, loyal customers and employers who deserve a safe and secure operational environment”, Metrorail said in a statement.

Metrorail called on commuters to “be extra careful during this period for their safety”. All incidents of violence and incitement should be reported to law enforcement agencies.

The protests in Gauteng over the weekend forced Park Station to close on Sunday as well, which in turn affected Gautrain’s service in the process.

“Please note that Park station has been closed due to protest action in the vicinity of the station. As such, there will be no train service between Rosebank and Park stations until further notice,” Gautrain said in a tweet.

Taxi stay-away due to protests

The South African National Taxi Council (Santaco) – the principal mouthpiece of the taxi industry in SA – on Sunday evening confirmed taxis in KwaZulu-Natal would not operate on Monday, 12 July.

In the brief statement, Santaco explains the decision was taken to protect taxis and drivers from damage and harm as a result of the ‘KZN Shutdown’ protests following former President Jacob Zuma’s arrest.

“We can confirm that Santaco in KZN has informed us that all taxis in the province won’t be operating tomorrow”.