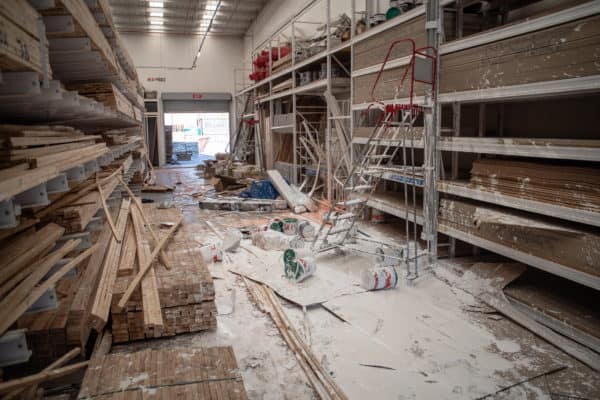 Destruction and vandalism at Mams Mall in Mamelodi after the night's riots and looting that spread throughout Gauteng, 13 July 2021, Pretoria. Picture: Jacques Nelles

As many as 10 people died in a stampede at a shopping mall in Meadowlands, Soweto, on Monday. This was revealed by Gauteng Premier David Makhura on Tuesday as violent protests continued in parts of the province.

In Daveyton, east of Johannesburg, several people were arrested after shops at Mayfield Square Shopping Centre were looted.

SA looting: Here is everything you won’t be able to access

What started out as protests reportedly against the incarceration of former president Jacob Zuma has evolved into a state of unrest.

As violence and criminal activity flares up in more and more areas across South Africa, we take a look at all the services that have been affected by the unrest.

Community radio station Alex FM has become the latest casualty of the current unrest, protests and looting in Gauteng and KwaZulu Natal.

The station was broken into around 2am, vandalised and looted. It is now off the air. According to a statement by station management, radio equipment was stolen in the chaos and the station has now been closed indefinitely.

The US Food and Drug Administration updated its warning labels Monday for the Johnson & Johnson Covid-19 vaccine to include information about an observed “increased risk” of a rare neurological disorder called Guillain-Barre Syndrome (GBS).

The news is a further blow for the company, which was granted an emergency use authorization for its shot in February but has played a minor role in America’s coronavirus immunization campaign.

France’s competition regulator on Tuesday slapped Google with a 500-million-euro (R8.6 billion) fine for failing to negotiate “in good faith” with media companies over the use of their content under EU copyright rules.

It is “the biggest ever fine” imposed by the Competition Authority for a company’s failure to adhere to one of its rulings, the agency’s chief Isabelle De Silva told reporters.