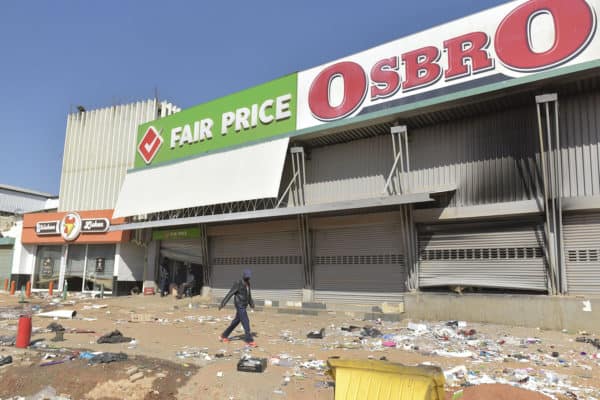 The aftermath of wide scale looting in Alexandra, 14 July 2021 after mass looting happened in the area. Picture: Neil McCartney

During a time of chaos, disruption and riots, South Africans have come together to offer their services in aid of those affected by this week’s unrest.

This was evident by the members of Facebook group, RebuildSA – Volunteer Group, which initially anticipated attracting a few hundred members to help those affected by the riots, and already has about 30 000 people who have joined the group to offer all sorts of services in just under 24-hours.

Co-founded by Mbali Ndhlovu after seeing a lady from Soweto offering to volunteer on social media group I Know A Guy, they thought it be a good idea to start a community of volunteers who wanted to help one another.

But this quickly turned into a massive wave of other people who also wanted to help and volunteer, said Ndhlovu.

“From this moment, I decided to create a specific group for people trying to help one another. The only problem is this explosion was very unexpected. I thought it would be about 200 or 300 people to help each other out… and now it has become this really deep and powerful, impactful and looks like long-term movement.”

Volunteers in the group have gone out to shopping centres in Soweto and the East Rand to clean up the remaining debris and mess from the riots.

But not only did volunteers offer rubble removal services, but also community programmes such as assisting in finding social workers, offering therapy to children who might experience anxiety from the recent events, and even a specialist who offered to assist breastfeeding mothers due to a shortage in baby formula.

The group has also gained support from international communities and South African expats who have called on a crowd funding bank account to deposit donations.

“People are even offering their engineering companies to reconstruct whatever is damaged.”

“We need to figure out how we help build… It is not just a clean-up squad but it is now going to be split into phases. Phase one would be the clean-up and phase-two would be getting involved in how to empower communities,” said Ndhlovu.