On his arrival at the SANParks Air-wing in Skukuza almost a year ago, Simelane wasted no time forging a solid relationship with the Civil Aviation Authority – an endeavour that is serving SANParks well. Chief operating officer Lize McCourt said: “Simelane’s most recent promotion sees him moving from the rank of pilot to SANParks chief pilot and person responsible for operations, as per the South African Civil Aviation Authority’s regulations.

“It comes as no surprise Simelane is progressing through the ranks, as he is a skilled professional pilot with solid management and leadership skills, approachability and strength of character,” McCourt said.

A game capture rating is a complex pilot endorsement rating, where a helicopter pilot needs to take into consideration the environment, animals and the crew, all while managing the helicopter.

Simelane has been a helicopter pilot for 16 years and has flown in countries all over the world, including Madagascar and South Sudan.

“Working as a pilot for SANParks is a calling, it is tough but I am in a blessed position to say that this is not a job for me, it’s a passion,” Simelane said.

“Couple that with the fact that I am doing it in the same park where I first fell in love with wildlife 25 years ago, is just a dream come true for me.”

On his arrival at the SANParks Air-wing in Skukuza almost a year ago, Simelane wasted no time forging a solid relationship with the Civil Aviation Authority – an endeavour that is serving SANParks well.

The main objective of creating AIM was to establish and better coordinate safety and security within SANParks.

“We believe the team will continue to excel with Simelane at the helm of air services,” she said. 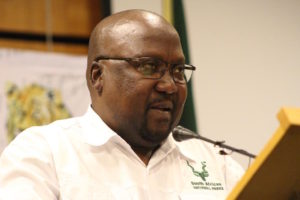 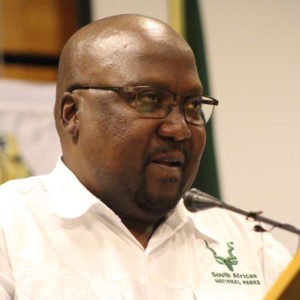