Cele backtracks on racial tensions being cause of Phoenix clashes

The police minister had earlier said that racial tensions between Black people and members of the Indian community appeared to be fuelled by vigilante groups. 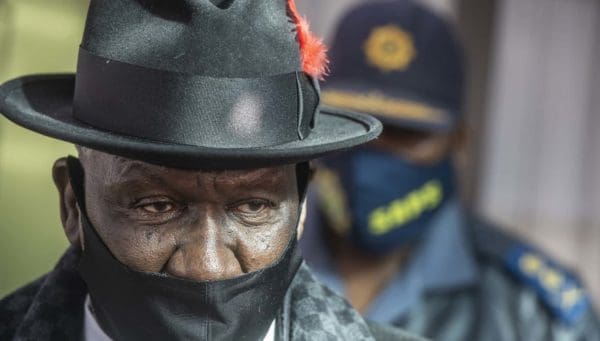 Police Minister Bheki Cele has ruled out racial tensions as the cause of 20 fatalities in Phoenix, north of Durban.

Cele made the U-turn after he had earlier said that the 15 bodies that were counted were as a result of racial tensions in a standoff between the Indian community of Phoenix and the neighbouring township of Zwelisha and Bhambayi.

Speaking at a media briefing on Thursday, Cele confirmed that the number of fatalities in the area currently stood at 20 and expected to rise as several bodies were still missing.

“I refuse to completely take the situation here as a racial situation and pardon criminality,” said Cele.

“For me the domination here would be criminality and yes indeed the racial confrontation may have been there, if there is that element of racism it will be secondary to criminality.”

“We are investigating 14 cases of dead people, and confirmed that bodies are 20 but some people are missing so those bodies might go up.”

Cele had earlier said that racial tensions between Black people and members of the Indian community appeared to be fuelled by some armed residents who formed vigilante groups to defend private property and shops from being looted.

“It has taken a serious racial connotation which is going to be a problem in the medium and long term, and we really have to work hard on reversing that. We can’t allow the racial tensions that have been witnessed here,” Cele told Newzroom Afrika.