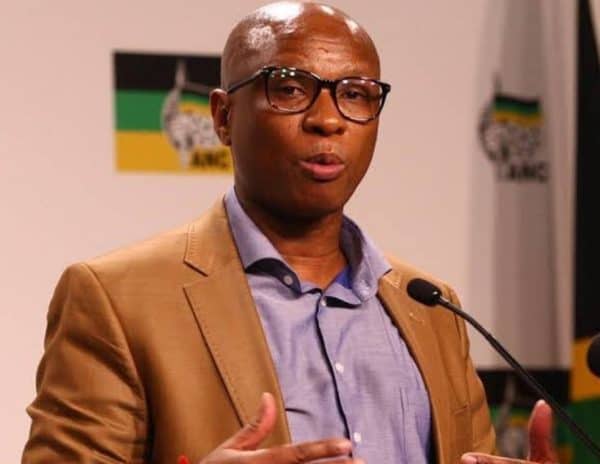 President of Umkhonto we Sizwe Military Veterans Association (MKMVA) Kebby Maphatsoe, said they are being scapegoated after the comments made by ANC NEC member Zizi Kodwa of their role in the attempted insurrection and looting this week.

Kodwa, who is also Deputy Minister of State Security said in a News24 report that former members of MKMVA were involved in planning the mass looting and acts of violence seen in KwaZulu-Natal and Gauteng.

“We are outraged by the statement of comrade Kodwa that the looting is consistent with the modus operandi of Umkhonto we Sizwe (MK),” Maphatose said in a letter addressed to ANC Deputy Secretary-General Jessie Duarte.

Maphatose likened the statement made by Kodwa to one who doesn’t understand the “long liberation struggle history and the role MK played in it.”

“MK never stood for wanton violence and looting. It adds insult to injury that comrade Kodwa saw it fit to make such outrageous statements in this year when we celebrate 60th anniversary of the formation of MK on the 16 December 1961.”

He adds that MKMVA warned that the arrest of former president Jacob Zuma was an “ill-conceived” decision and that it would lead to instability in the country. “We made it crystal clear that we are not in support of any instability or violence.”

The MK president says they wrote repeatedly to the ANC raising their concerns and warnings. “It is totally disingenuous and dishonest to turn such a genuine and well-meant warning into an allegation that members of MKMVA may in any way be involved in the tragic violence and looting.”

Maphatsoe concludes this is “scapegoating of the worst kind.” MKMVA requested that Kodwa be reprimanded for his “irresponsible utterances” and retract his statements publicly.

Kodwa claimed it is was “well-orchestrated economic sabotage” and defended the country’s intelligence services, saying they had averted a national crisis that could have been worse.

Kodwa added that the instigators of the public violence and looting were targeting shopping malls in an effort to “agitate for a popular revolt” against President Cyril Ramaphosa’s government.

Ramaphosa confirmed on his Friday address to the nation that over 200 people died during this weeks violence.

READ NEXT: We were caught off-guard, admits Ramaphosa

He said that the government was “not at all prepared” for an orchestrated campaign of public violence, destruction and sabotage of this nature.”

Ramaphosa confirmed that he has since authorised the deployment of 25,000 members of the South African National Defence Force (SANDF) to support the work of the police in bringing back the situation to normalcy.

“It is clear now that these incidences were a deliberate, coordinated and well-planned attack on our constitution. They were intended to cripple the economy and to severely weaken or destroy the state. The people who orchestrated the attacks sought to exploit the economic conditions in which South Africans live and provoke ordinary citizens and criminal networks to create chaos, ” Ramaphosa said.

The glue of the ANC coming unstuck internally, says expert
1 week ago
1 week ago
PREMIUM!

The glue of the ANC coming unstuck internally, says expert
1 week ago
1 week ago
PREMIUM!