In addition to reintroducing the R350 Social Relief Grant and TERS, government will also help businesses to recover from their losses. 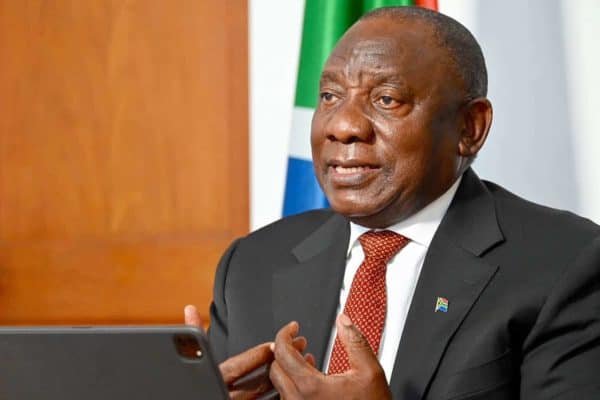 President Cyril Ramaphosa has announced a raft of interventions to assist those who have been hardest hit by the the impact of the Covid pandemic and the recent violent protests, which destroyed hundreds of businesses.

He also warned those behind the violence that more arrests are on the horizon.

The president said the measures announced are meant to support the recovery of the economy and provide relief to the poor and those who are vulnerable as a result of the measures imposed to deal with COVID-19.

Return of the R350 grant and TERS

First among these is the reinstatement of the Social Relief of Distress Grant, which will provide a monthly payment of R350 to all those with no other means of supporting themselves, until the end of March 2022. The number of people eligible for the grant will also be expanded to allow for unemployed caregivers who currently receive a Child Support Grant to apply.

Ramaphosa said the reinstatement of the grant was made possible by the slight improvement the country has seen in revenue collection.

He also reminded the nation of the extension of the COVID-19 TERS scheme for affected sectors, and that applications for the current period remain open, saying the Unemployment Insurance Fund would facilitate payments swiftly for those unable to earn a living due to lockdown regulations.

“Most importantly, the UIF will provide income support to all those employees who have lost jobs as a result of the recent unrest. This will ensure that jobs are protected and that workers can continue to earn an income as those businesses take time to rebuild.”

Support for businesses hurt by protests and looting

While ensuring business owners that state-owned insurer Sasria has committed to expediting claims and assessments following the recent unrest in KwaZulu-Natal and Gauteng, Ramaphosa also promised that “government will ensure that SASRIA is able to honour all of its obligations and will provide whatever support is necessary in this regard”.

But this does not mean those businesses who were uninsured would be left in the lurch, as he announced plans for these businesses to receive assistance.

“Government will set aside dedicated funds for this purpose and we will soon announce a mechanism for these businesses to apply for support,” he said. “We will also be reprioritising funding for SMMEs affected by the pandemic through a once-off business survival funding mechanism.”

Additionally, payment of PAYE taxes will be deferred for a period of three months to provide businesses with additional cash flow, with an automatic deferral of 35 per cent of PAYE liabilities for employers with revenue below R100 million.

The alcohol sector, which has been particularly hard hit by the persistent bans on alcohol sales for the past year, will have some respite, since payment of excise taxes will be deferred for three months.

“These interventions are designed to extend as much relief as possible to individuals and businesses that are in need of support, without compromising our fiscal sustainability.”

Working to prevent a repeat of the recent violence

The president also announced plans to strengthen government’s capacity to react to outbreaks of violence, after suggestions that they may have been caught napping by the rampant looting and chaos during the recent protests.

Ramaphosa said government is “taking steps to strengthen the capacity and preparedness of our security forces to
prevent similar incidents in future.”

“This includes responding more quickly and decisively to reports that we are now receiving of extortion by criminal groups as businesses start to rebuild, especially in KwaZulu-Natal.”

He warned that “Anyone who threatens or engages in violence will face consequences,” and acknowledge that the state’s response was much too slow.

He also warned that there will be more arrests of those responsible for the violence, saying investigations into the incidents and those behind it continue, “led by our specialised law enforcement units, with a view to speedy arrests and effective prosecutions.”

“I want to make it clear that law and order will be maintained.”