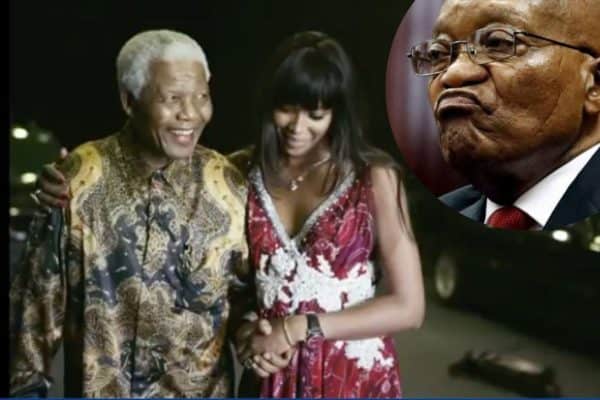 Iconic model Naomi Campbell has penned an open letter to former South African president Jacob Zuma in the wake of unrest and looting in parts of KwaZulu Natal and Gauteng.

Campbell posted a series of photos depicting the aftermath of the violence to her Instagram, along with a lengthy caption addressed to Zuma.

The model – who had a close relationship with South Africa’s first democratically elected president, Nelson Mandela – implored Zuma to “act responsibly” and finish his appearance in front of the State Capture Commission.

Public Enterprises department had no plans to save Mango

Mango’s story has become a tale of forked tongues and manoeuvring at the expense of 749 unpaid staff members.

In the race to business rescue, the Public Enterprises Minister Pravin Gordhan and SAA are falling behind. This after the CIPC (Company and Intellectual Property Commission) rejected the airline’s application for business rescue citing that it had filed three months too late.

Shona Ferguson’s daughters have broken their silence since news of their father’s passing became public on Friday afternoon.

Prior to the news being confirmed by a reliable source, fans took to social media to decry the fact that the announcement was made by someone other than the Ferguson family.

Lesedi Mastunyane-Ferguson (the eldest of Connie and Shona Ferguson’s daughters) shared the sentiment. Click here to find out what she said.

As of Saturday, the National Health Department recorded 12,528 new cases and 334 deaths. This as the country welcomed the first batch of donated vaccines from the United States.

The country currently has a recovery rate of 90.8%, with Gauteng still accounting for a vast majority of cases.

‘War’ on Covid-19 has changed, says CDC in leaked report

Mushrooming outbreaks of the highly contagious Delta variant prompted China and Australia to impose stricter Covid-19 restrictions on Saturday as the WHO urged the world to quickly contain the mutation before it turns into something deadlier and draws out the pandemic.

China’s most serious surge of coronavirus infections in months spread to two more areas Saturday — Fujian province and the sprawling megacity of Chongqing.

More than 200 cases have been linked to a Delta cluster in Nanjing city where nine cleaners at an international airport tested positive, with the outbreak spanning Beijing, Chongqing and five provinces as of Saturday.