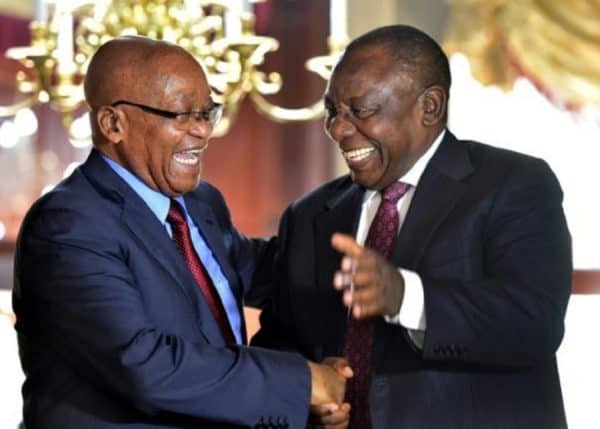 Adjusted lockdown level 2: Here’s everything you need to know

Following several weeks of a steady decline in the numbers of new daily infections in most provinces, President Cyril Ramaphosa announced that South Africa would move from an adjusted alert level 3 to adjusted alert level 2 of the national lockdown effective from Monday, 13 September.

The President’s speech also covered the latest vaccination figures, as well as several other key stats related to the ongoing pandemic.

President Cyril Ramaphosa reportedly gave the green light for his predecessor Jacob Zuma to be released on medical parole.

Fraser admitted this week during an interview with SABC News that he had overridden the Medical Parole Advisory Board’s decision not to free the former president from jail.

‘Steve Biko is an exemplary leader for SA’ 44 years after his brutal death, says Dr Fumene

Forty-four years ago today 12 September 1977, we woke up to the sad news of Steve Bantu Biko’s brutal death at the hands of the apartheid ‘military junta’. He was unquestionably an aesthetic leader of our revolution and an extraordinarily par excellence voice of the oppressed masses during colonial Africa and apartheid South Africa.

Department of International Relations and Cooperation (Dirco) has reportedly confirmed its embassy officials in Turkey have been assisting 21 students sponsored by the foundation of suspended ANC secretary-general Ace Magashule.

This after the students – aged between 20 and 28 – were left stranded in that country after being evicted from their residence in Istanbul with nothing to eat, the Sunday Times reported.

According to the paper, embassy officials in Ankara had to take money from their own pockets to put the Magashule Foundation students in two tiny two-bedroom apartments following their eviction by the owner of Bogazici Student Dormitories.

Saturday evening turned into a night of horrors after a 26-year-old security guard from Escourt in KwaZulu-Natal went on a shooting spree.

The motive for the attacks is not yet known, but police are now investigating six deaths in connection with the incident.

At around 11pm on Saturday night, the security guard first opened fire on his 40-year-old colleague.

The colleague based in New Formosa, a rail station in KZN, died from gunshot wounds to the head.

Sundowns double up to down Chiefs in DStv Premiership battle

Mamelodi Sundowns put any internal conflict firmly behind them yesterday, as they made an early title statement with a 2-0 DStv Premiership win at home to Kaizer Chiefs.

Grant Kekana, with his first goal for the club, and Peter Shalulile, with his first league goal of the season, struck in either half as Stuart Baxter’s Amakhosi had their moments, Lebo Manyama even missing a late penalty, but some weak defending cost them dearly.

Sundowns co-head coach Rulani Mokwena had, in the week, admitted a bit of infighting between him and fellow coaches Manqoba Mngqithi and Steve Komphela.

In a week in which they returned to normal, non-bubble life and played in front of a crowd for the first time since the World Cup, the Springboks seemed to have stage-fright as they slid to a 28-26 defeat at the hands of the Wallabies on the Gold Coast on Sunday.

Flyhalf Quade Cooper, playing his first Test in four years, was the hero with a 100% kicking record of seven penalties and a conversion, including a long-range, angled penalty after the final hooter to snatch the victory.