US and Israel data show booster shots necessary after a while

Data shows that vaccine effectiveness fades over time and booster shots are necessary to ensure protection against the virus. 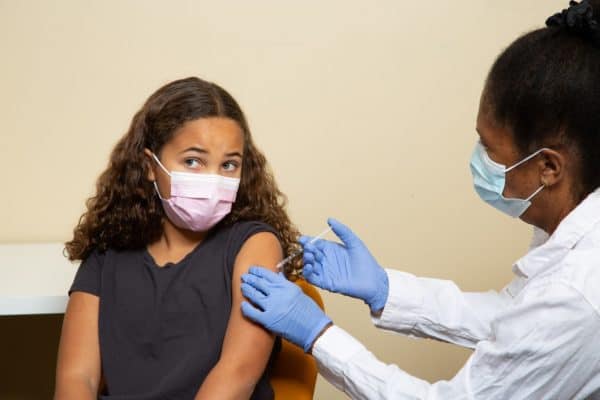 Companies are trying to convince South Africans to get vaccinated by offering incentives. Picture: iStock

Pfizer says data from the US and Israel suggests that the efficacy of the Covid-19 vaccine it manufactured with BioNTech wanes over time.

The company said that a booster dose is safe and effective at warding off the virus and new variants.

The company detailed its case in a presentation to outside advisers of the US Food and Drug Administration.

The panel is expected to recommend that Americans receive booster shots to maximise protection against the virus.

Moderna reported similar news about its own vaccine.

With less than 3.5% of Africans fully inoculated, headway is being made to secure more shots.

Meanwhile, the South African Tourism Services Association (Satsa) has reiterated that the country is free of the Beta Covid varian, according to official data.

This means there has been no measurable level of Beta genomes sequenced for at least two weeks in the country.

The Beta variant, which was first identified in South Africa in December 2020, has not gained any meaningful presence outside South Africa owing to its low transmissibility and the effectiveness of vaccines against it.

Of the four major variants of concern identified by the World Health Organisation, Beta has the lowest transmissibility advantage (25%) over the ancestral Covid variant that originated in China.

ALSO READ:‘Worst pandemic in 100 years and still no vaccine equity for Africa

By comparison, the Delta variant is 95% more transmissible and now accounts for over 96% of all genomes sequenced in the country.

Early small-scale studies of the Beta variant indicated a potential vaccine evasion risk. Still, these fears have been disproved in larger real-world research such as that released by the Canadian Immunization Network in July this year.

That same study revealed that a single dose of the Oxford AstraZeneca vaccine conferred an 82% protection against severe disease and death from Beta.

Most European countries have now removed travel restrictions for fully vaccinated South African travellers, and regular flights to Johannesburg and Cape Town have been re-established.

But the UK has refused to lift travel restrictions on visitors from South Africa.

African travellers have to stay in a government-appointed hotel under quarantine for 10 days at-
their own cost.

Satsa CEO David Frost said: “South Africa’s infection rate is now tracking at a sixth of the UK’s and below key destinations on the UK’s amber travel list, such as the US, France, Germany and Greece.

“There is absolutely no scientific basis on which the UK can continue to maintain its travel ban on South Africa.”

“On behalf of the 1.5 million people who rely on the South African tourism sector for work, we are now calling for an
urgent review of the available data by UK authorities.”