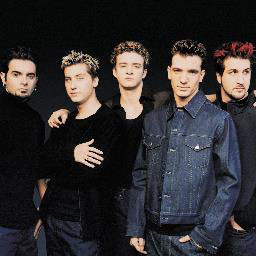 NSYNC have joined Twitter amid rumours they are to reunite. The boy band, which includes Justin Timberlake, Joey Fatone, Lance Bass, JC Chasez and Chris Kirkpatrick, signed up to the social networking site on Saturday afternoon (24.08.13) and hinted they were rehearsing ahead of the MTV Video Music Awards in New York on Sunday (25.08.13).

The group wrote: ”Mic check, mic check one.. two… is this thing on?!” The ‘Bye, Bye, Bye’ hitmakers are tipped to perform on stage for the first time in over 10 years.

A source told UsMagazine.com: ”They will re-enact some of their greatest videos in a medley.” Earlier this week, Joey’s father also confirmed they are planning something special to celebrate Justin, 32, being presented with the Michael Jackson Video Vanguard Award for his contributions to music. Joseph Fatone said: ”They’re doing a performance. I think it’s exciting.

”I couldn’t even say why he’s doing it though. Why, at this point in his life. Now he’s his own man.  ”But it’s more to the fact that MTV has made them all somewhat of stars, and also made Justin a star.”

Justin, who launched his hugely successful solo career when the group went on hiatus in 2002, tweeted his excitement ahead of the ceremony, writing: ”Countdown #VMAs This Sunday, August 25 at 9pm ET/PT on @MTV. Don’t miss it.”