Unions believe Mango is intentionally being allowed to crash, in order to eliminate competition to other new players in air travel. Mango may shut its doors and let go of all 709 staff members sooner than expected if shareholder SAA and its principal the Department of Public Enterprises has its way and stops the nearly dead airline from resuming operations in December.

Consumers who hold around R173 million in unflown tickets will also kiss their cash goodbye.

Associate professor of sociology at UNISA and interim SAA chair John Lamola wrote to business rescue practitioner Sipho Sono on the day of its business rescue plan publication to warn about the SAA Board’s opinion that a Mango resuscitation is a non-starter without a strategic equity partner.

The correspondence between Lamola and Sono was published by The Citizen on Thursday evening.

Mango not feasible, says SAA. It is, says BRP

Lamola’s letter was dated 30 October, and said that “[the SAA Board’s] concern that the business rescue plan provides that Mango will resume flight operations in December 2021”.

The SAA chair argues that “SAA as the sole shareholder of Mango was not in a position to provide nor to motivate to SAA’s shareholder for any capital injection required to return Mango to commercial operations”.

Lamola adds that there is no funding available for working capital to allow Mango to resume operations.

In a joint statement issued on Friday, the South African Cabin Crew Association (SACCA), the National Union of Metalworkers of South Africa (NUMSA) and the Mango Pilots Association (MPA) said that they are disturbed by the position taken by the SAA board, that it does not support any capital injection for Mango to resume operations.

“SAA is forcing the hand of the Mango business rescue practitioner, Mr Sipho Sono, by compelling him to keep Mango grounded, despite his desperate attempts to get Mango planes back into the sky by December 2021,” they said.

Earlier this year, R819m was allocated to the ailing airline through a Special Appropriation to assist in its survival. But in the SAA Board’s considered view, it wasnot feasible to fly, and business should not resume until a strategic equity partner wasfound.

The Mango business rescue plan provided for an investor option or, alternatively, for the company to be wound down. Allegedly, according to a source at Mango, the bailout funds have not been paid across yet. This negates any voluntary severance offers too, as presently there may be no cash to fund it.

In its statement, labour says: “This is exactly what the unions warned would happen in July when we took Mango to the high court to place it under business rescue in a Herculean attempt to save jobs. Government claimed that was not the case, but their actions seem to suggest the opposite.

“We were concerned that it was never the DPE’s [Public Enterprises’] intention to save Mango and that they were intentionally running it into the ground, and it seems we have been proven right.

“In essence the money gazetted to start operations and restart Mango airlines is being held to ransom because the shareholder does not want Mango to take to the skies. This is absurd! And it begs the question, what is the Department of Public Enterprises‘ true intention for Mango?”

The DA’s Alf Lees agrees and suggests that there may be other factors at play, including the conclusion of the Takatso deal to assume a controlling stake in SAA.

“With Mango out of the way it means that there is no competition within the new group to Gidon Novick’s own budget airline, Lyft,” says Lees. He is of the opinion that Mango should not receive the bailout money at all as it’s just another dark hole wherein taxpayer’s money will be swept.

The unions suspect the same foul play as Lees, saying in its statement that they believe Mango is a threat to both SAA and the proposed Takatso deal.

“It seems this deal cannot go ahead as long as Mango survives. There has been no transparency in the deal at all. And this is why we must ask, who stands to benefit from the Takatso deal if Mango can be saved, as proposed by SAA’s own business rescue practitioner, Mr Sipho Sono? We demand answers from DPE minister Pravin Gordhan.”

To date Gordhan’s silence has been deafening.

Should Mango not receive the funds by the end of the national fiscal year in March, the appropriation will expire, and the airline will be back to where it started, which was nowhere.

Lamola also wrote that the SAA Board expected the business rescue plan be restructured to accommodate its no-restart command.

Sipho Sono responded on Thursday by saying that his understanding has always been that the R819m bailout would include a Mango resuscitation. To avoid confusion, he noted to the SAA Board that Mango’s business, like any airline, is to fly passengers and generate revenue from such activities.

Sono is of the opinion that Mango has a good chance to cover its overheads. Not any more. 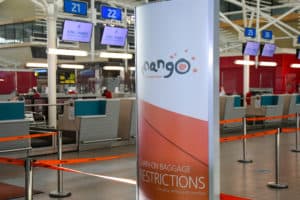 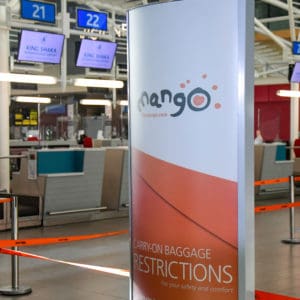