On Valentine's Day of 2013, award-winning blade runner Oscar Pistorius made a rash decision that would change his life forever.

An emotional Oscar Pistorius is seen in the dock as judgment is handed down in his murder trial at the High Court in Pretoria on Thursday, 11 September 2014. Pistorius has been acquitted of murdering his girlfriend Reeva Steenkamp. A shaking Pistorius wept as the ruling was made.Picture: Phill Magakoe/Independent Newspapers/ Pool

He shot dead his girlfriend, Reeva Steenkamp – and there was no turning back. Unlike many other murder cases, the who, when and how were apparent, but the why remained a mystery.

Though it’s likely the majority will never know what happened that night, one cannot prevent people from making their own conclusions.

“It is a human impulse to have clarity on matters that we can not,” says John Carlin. “Our instinct is to follow the herd. Had Oscar shot his sister, no one would have questioned his motive, but because it was an act of passion – the hero kills his beautiful girlfriend – it fits the storyline that goes back thousands of years.”

Alluding to a Facebook post by ex-girlfriend Samantha Taylor and how she was so fortunate to have escaped Pistorius’ clutches, Carlin highlights a statement made by another former girlfriend, Jenna Atkins, who described him as a great guy. 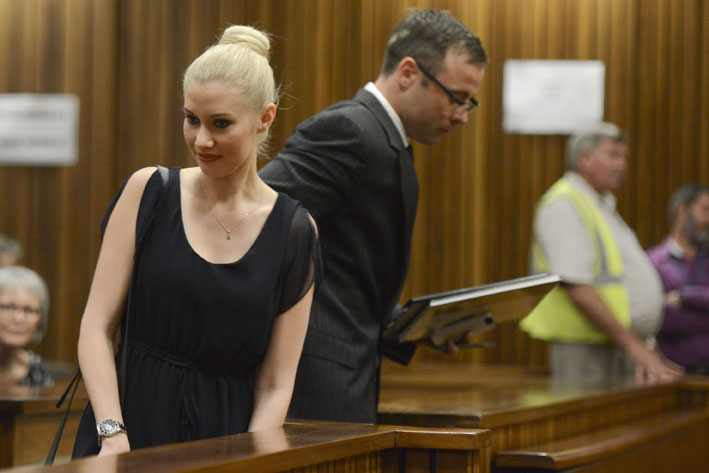 FILE PICTURE: Paralympian Oscar Pistorius makes his way past his former girlfriend Samantha Taylor during sentencing procedures at the high court in Pretoria, Tuesday, 14 October 2014. Pistorius is facing sentencing this week after being convicted of culpable homicide for killing his girlfriend Reeva Steenkamp. Picture:Herman Verwey/Media24/Pool

“The two should have received equal coverage,” he says, “but they didn’t. What Jenna had to say, didn’t fit into the narrative we were nourishing at the time.”

The acclaimed journalist and author, who penned the latest Pistorius book, Chase Your Shadow: The Trials of Oscar Pistorius, says: “It’s a complicated story about a complicated man.”

Travelling the world over, with unique access to Pistorius, his family and friends in the aftermath of the tragedy, Carlin paints a portrait of a complex personality; a man whose life story reveals extremes of courage and insecurity; ambition and vulnerability; generosity and dangerous hot-headedness.

“I don’t believe he really knows himself what happened that night,” says Carlin. “Obviously he shot her. That we know – but he is one mixed up kid. Prison will give him the necessary time to think and reflect. Even if he did it intentionally, he regrets it now.” 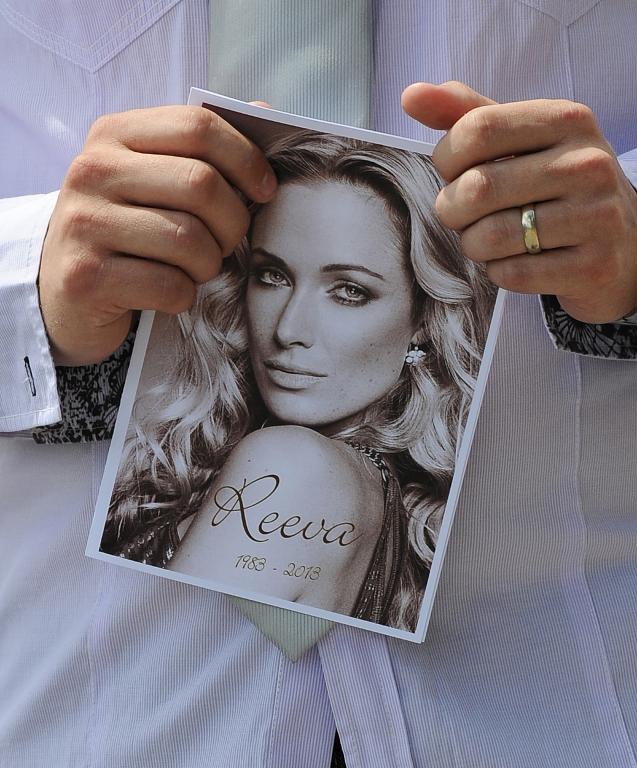 FILE PICTURE: A relative attends the funeral of the late South African model Reeva Steenkamp at a crematorium in Port Elizabeth on February 19, 2013. PHOTO: AFP

Though Carlin is not certain objectivity truly exists – pointing out we all carry baggage that affects our world view – his aim was to be as fair and honest as possible, maintaining a certain detachment from the text and in no way insinuating his own opinion.

“Through my research I tried to get an accurate sense of the man from birth to jail – and succeeded beyond expectations. This book opened my eyes to the human condition and how complicated we all are. It sheds more food for thought than answers. There are many grey areas and access to divine knowledge we can never have.

“I had no intention of portraying Oscar as a monster, nor a saint – but as a human being,” Carlin says.