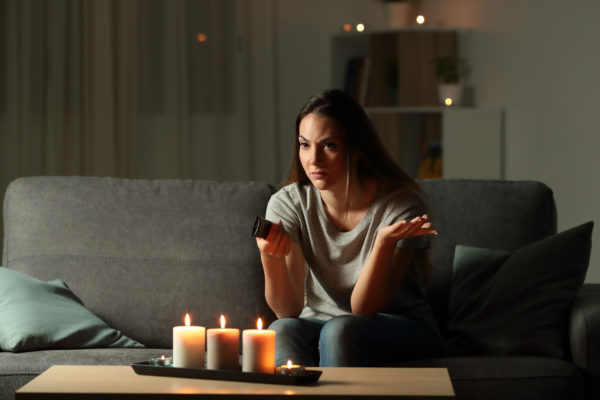 After a reprieve from the darkness and a brief foray into the metaphorical light, Eskom once again implemented Stage 2 load shedding on Friday.

This had to be done after a generation unit tripped at the Tutuka power station, coupled with the delay in returning generation units at both Lethabo and Majuba.

From Stage 2 to 4 and back again

It then escalated to Stage 4 load shedding and Eskom warned the power cuts could continue into the weekend if the situation at Kendal power station worsened.

Meanwhile, three generation units had to be shut down at the Kendal power station due to a fault on the conveyer belt which feeds coal to the power station.

In short, no coal was reaching the power station, as confirmed by Eskom spokesperson Sikonathi Mantshantsha, who added:

“The last remaining unit will be forced down just now, which means all four units will be down at Kendal and this then might necessitate the stage of load shedding going into the weekend.”

So, the current load shedding stage?

And that brings us to the here and now. Since Stage 4 was implemented from Friday 2pm to Saturday morning 5am, Eskom has since reduced the stages again.

South Africa is currently in Stage 2 load shedding, which will continue until 5am on Monday morning.

However, this could change at the last minute.

In other news, Eskom had been investigating corruption at Tutuka power station and charged two employees and a supplier with theft, fraud and corruption.

The trio was part of a fuel crime syndicate responsible for guzzling more than R100 million’s worth of fuel from the power station per month. More arrests are expected.

In addition, Mantshantsha said the Eskom employees paid the supplier for goods and services “when such have not been delivered or rendered at the [Tutuka] Power Station”.