The power utility is currently implementing stage 4 load shedding until 5am on Friday, and then downgrade to stage 2 until Saturday morning. 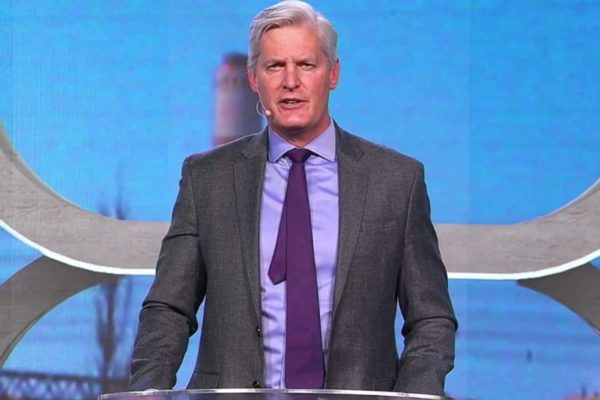 The Black Business Council (BBC) has called for Eskom CEO Andre de Ruyter and the entire board to step down over the electricity crisis in the country.

Though the BBC was among the first to congratulate De Ruyter on his appointment in November 2019, it said it had since realised that two years later, the country has nothing to show but the highest number of blackouts in its history.

The power utility is currently implementing stage 4 load shedding until 5am on Friday, and then downgrade to stage 2 until Saturday morning.

“It was anticipated that an additional seven units would have returned to service by Monday, and this has not materialised. Further, a generating unit at Arnot power station tripped this morning, contributing to the shortages,” said Eskom in a statement on Monday.

In response, the BBC said it was clear the Eskom leadership was “out of its depth”.

“The BBC is of the view that the country should acknowledge that the Eskom leadership is completely overwhelmed, inept and out of its depth. They simply don’t seem to be able to have a handle on this crisis and as such, should be let go as there appear to be no prospect in sight for any improvement of this serious situation,” said CEO Kganki Matabane a statement on Monday.

“The Eskom leadership is failing the country and as such, the economic reconstruction and recovery plan, which the president outlines, will remain a pipe-dream. The country, which is very understanding and not unreasonably demanding, is looking for a predictable roster with a proper and realistic period of when the problem will be finally resolved so that businesses and all residents can plan their lives accordingly.”

Speaking to Newzroom Afrika, Matabane said the prolonged power cuts were affecting businesses badly and also chases investors away as no one would want to invest in a country where the power supply was not stable.

He said blaming state capture for the energy crisis was a “tired excuse”.

“The country has been experiencing the blackouts since 2008 and 13 years later, there is no light at the end of the tunnel. The continuous excuse of blaming the state capture, instead of solving the current problem, while could have been valid, is disingenous and tired.”

The BBC has called for an urgent meeting with the President and Public Enterprises Minister Pravin Gordhan to discuss the power crisis.