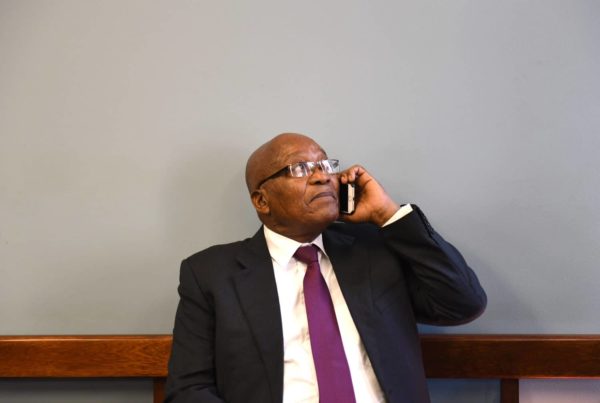 AfriForum says it will oppose former president Jacob Zuma’s application to appeal the Pretoria High Court’s judgment that reversed his medical parole and ordered that he return to jail.

The high court is set to hear Zuma’s leave to appeal application virtually on Tuesday, after Judge Elias Matojane ruled last week that the decision by the former national commissioner of correctional services Arthur Fraser, to place Zuma on medical parole in September was unlawful and should be set aside.

Despite Zuma being out on medical parole for nearly three months, Judge Matojane ordered that the time the former president had spent at home would not count toward the fulfilment of his sentence – meaning that he would have return to jail to serve one-quarter of his 15-month sentence.

Here’s why the MAC says SA should stop tracing, quarantining of Covid contacts

The Ministerial Advisory Committee (MAC) on Covid-19 has recommended that contact tracing and quarantining be stopped with immediate effect for contacts of cases of coronavirus.

The MAC said it made the recommendations due to the high proportion of people with immunity to Covid-19 due to either infection or vaccination, and therefore quarantining of contacts should be stopped as it was no longer viable in South Africa’s current social and economic climate.

The committee made the recommendations in an advisory to Health Minister Dr Joe Phaahla, dated 16 December 2021.

The Independent Police Investigative Directorate (Ipid) is investigating a case of death in police custody after a 27-year-old man’s death at the Bellville police station on Sunday night.

According to Ipid spokesperson Grace Langa, the man was allegedly arrested for assault and was left alone in one of the police offices with his left arm cuffed against the burglar door at the Bellville station.

“The police allegedly left him to go look for a second suspect for the same assault case and on their return they found him hanged against the same burglar door with his body in a kneeling position. It is alleged that he used a cord to commit suicide as his right arm was not cuffed,” said Langa.

The possibility of load shedding being implemented quite frequently will be increasingly high next year, as Eskom plans to carry out maintenance across its fleet of power stations.

The electricity availability factor (EAF) declined to 65.27%, contributing to 21 days of load shedding.

The power utility also revealed that Koeberg Power Station’s Unit 2 generation will be off for five months in order for steam generators to be replaced.

Johannesburg Regional Court Magistrate Simon Sibanyoni on Monday dismissed their bail application, saying: “There are possibilities that they might not be able to be traced if they don’t come back [to attend their trial]. The interests of justice don’t permit their release on bail. They are all linked to the charges against them,” he said.

Ramaphosa back to chair Cabinet meeting on Wednesday after ending isolation

President Cyril Ramaphosa has returned to his duties ending a week of self-isolation after recovering from Covid-19.

Ramaphosa was treated for mild symptoms after he had tested positive for Covid-19 on 12 December.

The president, who has received the 1st jab of the Pfizer vaccine, was tested after feeling unwell following the state memorial service in honour of former Deputy President FW de Klerk in Cape Town earlier in the day.

He has since recovered from the virus and will return to work.