"If the police report shows there was a deliberate attack, we have to accept someone is threatening democracy," National Assembly speaker. 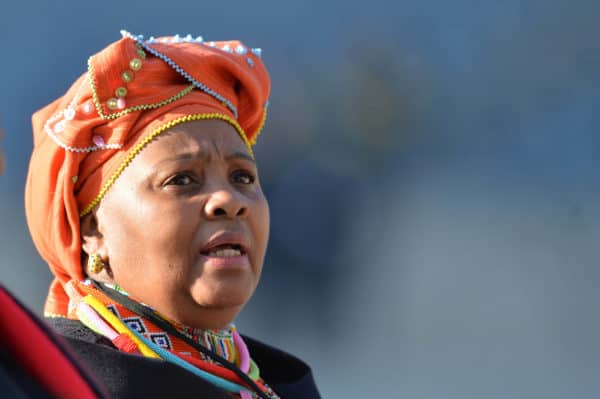 During a press briefing in Cape Town, Mapisa-Nqakula was asked if she thinks she may have “dropped the ball” and whether she takes responsibility for the blaze.

“I have not dropped the ball and I am not responsible for what happened,” she said, visibly irritated.

She was further interrogated on whether the fire is an attack on South Africa’s democracy.

“Whatever happens to Parliament, is an attack on our democracy. This is a house where policy and oversight over the executive happens.

“If police report shows there was a deliberate attack, we have to accept someone is threatening democracy,” said Mapisa-Nqakula.

Meanwhile, the South African Police Service is yet to give members of Parliament an official report.

A 49-year-old man was arrested in connection with the fire and is expected to appear in the Cape Town Magistrates Court on Tuesday.

He is facing charges of housebreaking, theft and arson. He will also be charged under The National Key Point Act.

The suspect was caught with alleged stolen property after apparently gaining entry to the parliamentary precinct.

He was spotted by members of the Protection and Security Services (PSS) when they noticed the building was on fire.

Mapisa-Nqakula confirmed that the National House’s security cameras were also working at the time of the fire.

The official police report into the fire is expected later this afternoon but until then, the circumstances surrounding the blaze remains a mystery.

Parliament fire: Where were the security guards?

While firefighters battled the blaze, the National Education, Health and Allied Workers’ Union (Nehawu) made wild claims that Parliament could not afford to employ security personnel on weekends and public holidays because it couldn’t afford to pay extra wages.

“It is totally irresponsible for Nehawu to give the impression that parliament management cut security funds or personnel. It is disingenuous,” said Mapisa-Nqakula, who is expected to meet with union representatives on Tuesday.

She could not however confirm or deny whether there had in fact been boots on the ground at the time of the fire.

It took the fire department less than 6 minutes to respond to the call, but despite the short response time, the blaze had completed ravaged the National Assembly, to the point that the roof had caved in.

Public Works and Infrastructure minister Patricia De Lille says a team of engineers are using drones to assess the damage because the building is still extremely hot.

Preliminary findings suggest the fire began in the old assembly, but that room was not destroyed.

“We don’t know how the fire could have started in the old assembly and not destroyed that part but destroyed the National Assembly,” said Mapisa-Nqakula.

Currently, there are still about 10 firefighters inside parliament attending blazes that are ongoing since Sunday.

Officials have confirmed that the NCOP chamber, office, museum, and libraries were not damaged.

Parliament operations are expected to continue with minimum disruptions, as they did during the Covid-19 lockdown. The State of the Nation speech and the Budget speech will go ahead as planned.