Traditional leaders angry with Mabuza, say their grievances have been ignored

The leaders say they have not received a salary increase in five years and have expressed their grievances with the ANC. 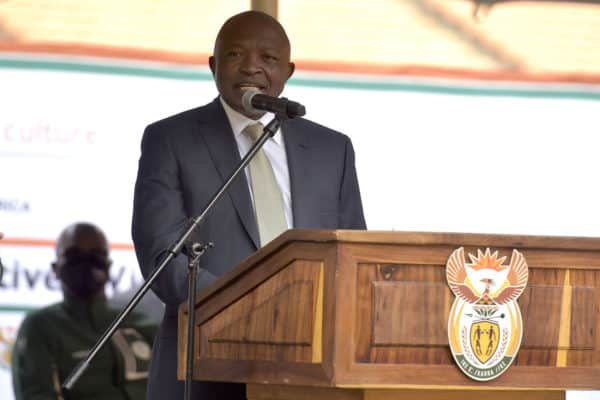 David Mabuza has reassured traditional leaders that their grievances do not go unnoticed. Picture: Neil McCartney

Traditional leaders in Limpopo are disgruntled with the government. Their reason – among others – is that they have not received a salary increase in the last five years.

ANC Deputy President David Mabuza met with a delegation of traditional leaders at the Polokwane Municipality Chambers on Wednesday ahead of the ANC’s 110th anniversary celebration which will be held in the province on Saturday.

Taking to the podium to express their frustration to Mabuza, traditional leaders said that they lack resources such as vehicles needed to perform their duties. Some say they have resorted to hiring minibuses when travelling to gatherings with government leaders.

The traditional leaders complained that their concerns have been ignored by the ANC for years.

Madipoane Refiloe Mothapo, an ANC MP and the Provincial Secretary of the Congress of Traditional Leaders of South Africa, did not hold back when expressing frustration with the ANC.

“For the past 20 years, we have been raising concerns and they have fallen on deaf ears. Now you want me to come here and pretend that everything is normal. We thought you would tell us how to address our issues because you have called us here. We have issues that our movement knows about,” Mothapo said.

However, according to News24, Mabuza was unimpressed with being told that he would be given six months to deal with the traditional leaders’ concerns. “You have given me an ultimatum of six months. Do you really mean it? You can’t tell me your complaints and put a gun to my head [and say] that you’ll pull the trigger if I don’t deliver,” said Mabuza.

The deputy president did however make a commitment to return to the province on behalf of the ANC to address the concerns raised.

Mabuza reassured the leaders that their grievances have not gone unnoticed. He told the group: “I want to assist the president and take this responsibility of working with traditional leaders. So that we can report directly to the president about your issues. Your issues are very genuine…”.

ALSO READ: Another sign Mabuza isn’t up to par