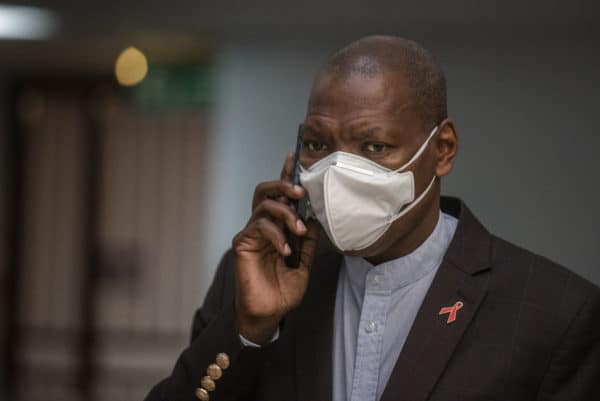 Nine senior officials from the Departments of Health and Infrastructure Development in Gauteng have been placed on precautionary suspension, following irregularities uncovered in a Special Investigating Unit (SIU) report.

In a statement issued on Sunday, the Gauteng government said “serious irregularities in the awarding of contractors for the refurbishment of the AngloGold Ashanti Hospital” have been uncovered by the SIU.

The mining company donated the hospital, which was meant to have provided ICU beds.

The SIU carried out the probe into the irregular tender last year after claims that Mkhize, his family and close associates personally benefited from the contract. The tender was for the Department of Health’s National Health Insurance (NHI) communication work and later, Covid-19 media campaigns.

Mkhize denied any wrongdoing, and was placed on precautionary suspension in June. He then resigned in October 2021 ahead of a Cabinet reshuffle.

According to a City Press report, Mkhize wants the SIU to produce a Cabinet resolution that it says proves that he broke the law by awarding the NHI communications contract to Digital Vibes when the Government Communication and Information System (GCIS) could have done the job.

ActionSA wants to replace the DA as the party’s official opposition after the 2024 provincial and national elections.

The party’s interim senate, its highest decision making body, held a planning session over the weekend.

In an ambitious plan ahead of 2024, ActionSA has vowed to emerge as the second biggest party and in a position to lead a multi-party alternative to the governing party, the ANC.

“Importantly, what emerged is that 2022 must be the year of growth and momentum. The demonstration of this growth and momentum must arise from the continued effort to attract high-profile South Africans with demonstrable grass-roots activism, leadership track record, and an unwavering commitment to rebuilding South Africa as well as our strategic contestation of by-elections, many of whom are lining-up to join our organisation,” party leader Herman Mashaba said in a statement.

The sudden engagement and wedding in the same week left the streets of social media mystified as to his relationship with the mother of his two children, Sithelo Shozi.

Andile and Shozi welcomed their second baby together last year – a girl named Likuwe “Coco” Mpisane. Their older daughter, Flo, turned 1 in May.

The shotgun wedding had tongues wagging that Tamia could be pregnant, and that this was the reason for the sudden marriage.