Van Huyssteen says the project completion milestone 'is not the silver bullet everyone thinks it is'. 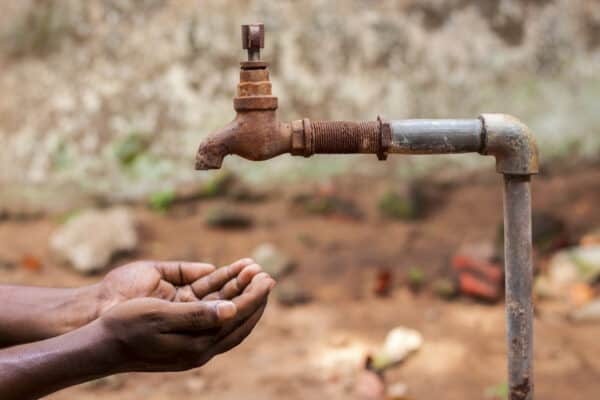 According to Nelson Mandela Bay Chamber CEO Denise van Huyssteen, 40% of the metro could run out of water despite the recent Nooitgedacht Phase 3 project completion.

According to Amatola Water, the first drops from the Nooitgedacht Water Scheme were delivered on 31 March.

The Nooitgedacht Water Treatment Works receives its raw water from the Gariep Dam, which is situated up country and is therefore not affected by local droughts, said Amatola.

Currently, the Nooitgedacht project delivers about 190 megalitres of water per day, of which 70 megalitres is being transferred via the Stanford Road Booster Pump Station to the Western areas.

But Van Huyssteen says the project completion milestone “is not the silver bullet everyone thinks it is”.

“Reticulating water from the Nooitgedacht scheme throughout the municipal areas is wholly reliant on pumpstation operations. However, the drought has pushed operations to its limits, where stand-by pumps are in use as duty pumps. In recent months, there have been several failures in pumpstation infrastructure and outages are therefore now more likely as the system has been under severe strain for months. Furthermore, the KwaNobuhle pumpstation is still not operational, with new timing for completion of the project having moved to the end of June,” said Van Huyssteen.

“When the dams run dry, many reservoirs will naturally be starved of water due to the high demand and will need to be shutdown. With demand remaining around 280 megalitres per day (MLD), dry taps are inevitable as both the Kouga and Kromme systems serving the Metro will run dry.”

This coupled with the high water consumption over the past few months despite requests for residents to save water.

Due to constraints at local dams, said Van Huyssteen, the Metro has not been able to balance the system by increasing supply from available sources as it has in the past. This has resulted to frequent mechanical/electrical breakdown in the water supply.

”Urgent refurbishment work is required at some of the critical pumpstations, and procurement efforts must be intensified. It is critical that the dam capacity be stretched to the end of June, when the KwaNobuhle pumpstation will be able to pump Nooitgedacht water to KwaNobuhle and other areas served by Western suburbs.”

“From the end of May potentially 40% less water will go into the treatment works thus creating high risk of blockages occurring. This in turn may pose various health risks for communities.”

As part of mitigation efforts, Van Huyssteen appealed to all businesses and residents to immediately reduce their consumption levels.