The repair of the alternative roads will be prioritised. 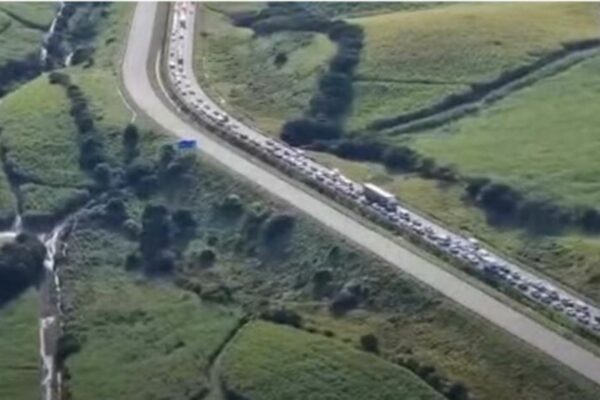 In this screenshot of a video taken on April 13, the traffic build-up on the N2 can clearly be seen. Long waiting times between Ballito and KwaDukuza continue to be reported.

Sanral has taken a resolution to suspend the payment of toll fees at the oThongathi and Mvoti toll plazas on the N2 Toll Route in KwaZulu-Natal.

This follows the declaration of the national state of disaster by President Cyril Ramaphosa following devastating floods in KwaZulu-Natal, where more than 400 people lost their lives.

According to Transport Minister Fikile Mbalula, the damage to the roads in KwaZulu-Natal is extensive, resulting in the closure of many roads to allow for clearing and rebuilding.

“Among the interventions, I made a request to the Board of the South African National Roads Agency (Sanral) to consider intervention that include suspension of toll fees in seriously affected areas,” said Mbalula in a statement.

“This suspension will go a long way in assisting communities affected by the closure of alternative roads, which have been damaged by the floods.”

Mbalula’s intervention comes after affected communities made representations and a formal request by the KwaZulu-Natal Provincial Government as road users were now being forced to use the N2 because of the closure of alternative roads.

“This then results in locals and other motorists paying toll fees they would not ordinarily have had to pay were the alternative roads operational.”

The payment of toll fees at the oThongathi and Mvoti toll plazas on the N2 Toll Route has been suspended as an interim measure with effect from 6pm on 22 April 2022.

The repair of the alternative roads will be prioritised.

According to Mbalula, the cost to Sanra as a result of the decision will constitute an additional contribution by Sanral to the relief of the disaster.

Over the next few months, Sanral will be the lead agency, as announced by President Cyril Ramaphosa, on the extensive work required to repair roads in the Province.