Malema and Mbuyiseni Ndlozi are expected back in court on Friday for their assault trial. 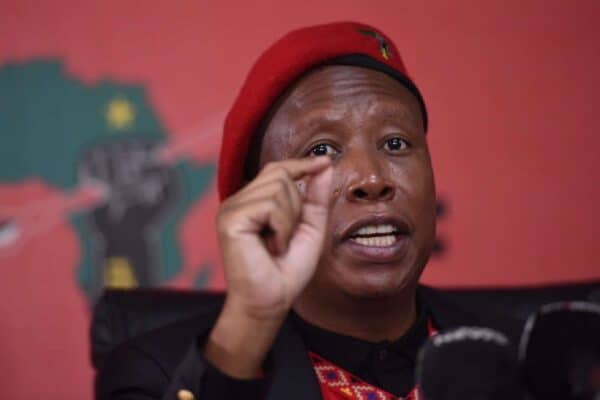 Friday promises to be an eventful day, courtesy of the Economic Freedom Fighters (EFF).

This as EFF leader Julius Malema has announced that the red berets will upload footage of the burglary that took place at President Cyril Ramaphosa’s farm in 2020.

“If all goes well, we will upload Ramaphosa’s burglary video on the EFF South Africa website tomorrow after our court appearance,” tweeted Malema on Thursday evening.

Malema and Mbuyiseni Ndlozi are expected back in court on Friday for their assault trial. They are charged with assaulting police officer Lieutenant Colonel Johannes Jacobus Venter at the funeral of Winnie Madikizela-Mandela at Fourways Memorial Park in April 2018.

The two have denied assaulting the officer, pleading not guilty to the charge against them.

The charges emanate from the alleged theft of over $4 million which was allegedly concealed at Ramaphosa’s Phala Phala farm in Waterberg, Limpopo.

Fraser claims he has evidence of the theft, including photographs, bank accounts and video footage.

He said the criminals collided with Ramaphosa’s domestic worker.

Ramaphosa, according to Fraser, is then alleged to have concealed the crime from the police and the South African Revenue Service (Sars).

‘No basis for the claims’

In a statement on Thursday, the Presidency said it was aware that Fraser had laid a complaint with the South African Police Service against Ramaphosa.

“There is no basis for the claims of criminal conduct that have been made against him in Mr Fraser’s statement,” said the Presidency.

The Presidency also confirmed that a robbery took place at Ramaphosa’s farm in Limpopo on or around 9 February 2020 in which proceeds from the sale of game were stolen.

“The President was attending an African Union Summit in Addis Ababa at the time the incident occurred. On being advised of the robbery, President Ramaphosa reported the incident to the head of the Presidential Protection Unit of the South African Police Service for investigation.

“President Ramaphosa stands ready to cooperate with any law enforcement investigation of these matters. President Ramaphosa remains resolute in leading the fight against corruption, restoring the integrity and capability of public institutions and overcoming the legacy of state capture, and will not be deterred by disinformation campaigns.”