Eight bouts will fill the card at Gold Reef City tonight as BRD Promotions present yet another development boxing tournament at the casino. 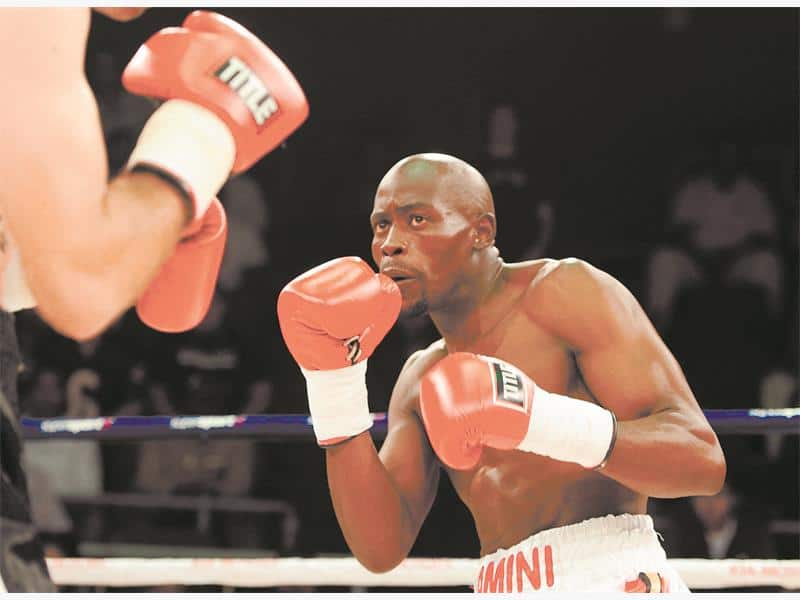 This evening will not only feature two former Olympians, but also several fighters who are looking to improve their chances of challenging for titles, particularly national crowns, in the not too distant future.

In the main bout, the unbeaten Walter Dlamini, above, makes a return to the venue where he made his debut last year and will be hoping to keep his record intact when he touches gloves with Charles Musafiri in a super-middleweight contest scheduled for six rounds.

While he is rated South Africa’s third best fighter in the middleweight division, Dlamini, who has career statistics of 8-0 with five stoppages, is being kept busy, albeit in a heavier division, and could impress against a little known opponent.

Former Olympian Jackson Chauke will be eager to bounce back from his first professional loss, when challenging Lwande Sithyata for the national title back in April, when he meets Charity Mkonduleli in a flyweight contest over six.

There’s a form line between the two given that they both fought Mlukeli Fukile at some stage in their careers. Chauke fought him twice with the first fight ruled a technical draw but the second time around, in July last year, he made sure and earned a points win.

Mkonduleli on the other hand lost to the same opponent and hasn’t seen action since the defeat back in 2009. Chauke, with a record of 10-1-1 is favoured to do a number on his opponent who has a mixed record of eight wins and nine losses.

Another Olympian, Maxwell Amposah, will feature in a light-heavyweight contest scheduled for four rounds against Sheldon Tachell. The flag-bearer for Ghana at the Games in London last year, Amposah is looking to build his record under trainer Nick Durandt and meets a fighter who has lost in his only fight to date.

In another flyweight bout on the night, Tsepo Lefele meets Fukile in a six-rounder while Vhonani Netshidamboni faces off against Hanson Baloyi in a super-middleweight encounter over the same distance. The evening kicks off with Bongani Siwisa and Thembani Hobyani in a junior-lightweight contest.