Duarte had been on medical leave since November 2021. 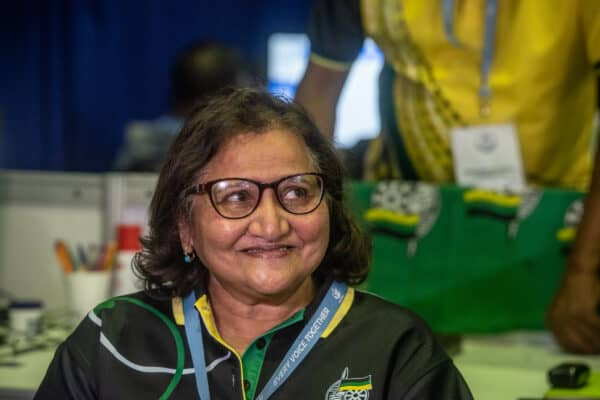 Duarte had been on medical leave since November 2021.

She is survived by her two children, grandchildren, and siblings. As per her faith, Duarte will be buried Sunday afternoon.

Pule Mabe confirmed the death, saying she “was a power a strength” to the party.

“The passing of Comrade Jessie is a great loss, not only to the family but to the democratic movement and the country as a whole”.

Mabe said she “dedicated her entire life to the struggle for a united, non-racial, non-sexist, democratic, prosperous and just South Africa”.

She was also committed to gender equality and “relentlessly championed the emancipation and empowerment of women”.

He said her life and work testified to a “consistent commitment to advancing the rights of the poor and the marginalised”.

Duarte served as the ANC‘s Deputy Secretary General since 2012 and had been a member of the ruling party’s National Executive Committee since 2002.

At her time of passing, Duarte had been at home after taking medical leave. She was also recently hospitalised over gastrointestinal complications.

Duarte was born on 19 September 1953. After matriculating from the Coronationville Secondary School in Johannesburg, she started her professional career as a management accountant.

Her political car began in 1979 when she was recruited by Albertina Sisulu to set up women’s structures throughout South Africa.

Then in 1981, Duarte joined the Federation of Transvaal Women (FEDTRAW) and was detained without trial seven years later.

In 1988, she was placed under restriction orders until the lift of the State of Emergency.

Rumours of her death

In April, when rumours of Duarte death’s spread across the country, the ANC slammed the “fake news messages [as] very inhumane, barbaric and inconsiderate”.

Even though she was ill at the time, the party said she was “on the road to recovery”.