ATM president Vuyolwethu Zungula says if intelligence services did their jobs, mass shootings could be prevented. 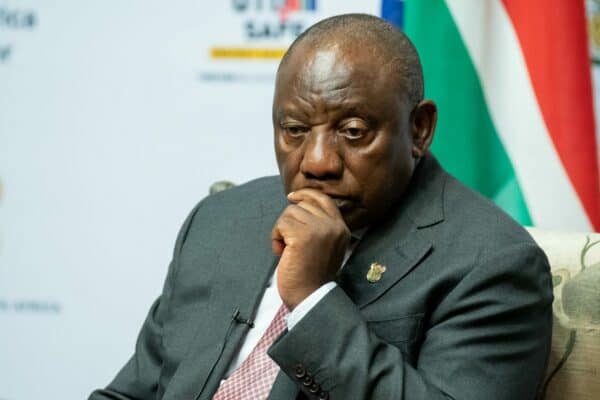 Due to several mass shootings in South Africa, ATM’s Vuyolwethu Zungula calls on President Ramaphosa to address Parliament on the matter.

On Saturday there were two separate mass shootings, one in Gauteng that left four people dead and in Western Cape, Khayalesitha which left five people dead.

He said the structure of the council comprises the security cluster, intelligence services and operations of the police, it should be expected this council discusses security matters to prevent mass shootings from taking place.

He says Ramaohosa and Gungubele need to address parliament on the spike in mass shootings.

Last week 20 people were killed in taverns, 16 in Soweto and four in Pietermartizburg.

Zungula said the circumstances of the killings aren’t a matter of people being influenced by alcohol but rather an element of criminality.

The politician says access to heavy machinery has become a problem, with many guns including AK47s visible in public spaces during the July 2021 unrest.

Zungula called on the police to have raids that would confiscate these guns, “no one should have such guns as a civilian. Such guns should be owned by the police.”

He believes if the government controls this, it could rest some fears of the public.

Zungula says if intelligence units did their jobs and used their resources, these types of mass shootings could be prevented.

He referenced the July panel report which found that the police, intelligence structures, and the executive failed to quell the violence.

Zungula says the intelligence units have failed again, “there is clear evidence of a government or minister only for their self-interest…they basically hate our people.”

The ATM president says if there was political will, all illegal guns would be taken off the streets.

Zungula concluded that he believes these are terrorist attacks caused by the high unemployment rate, “it provides fraternal ground for these terrorists to operate.