The name of one Lucas Sithole will be etched into the history books as he became the first South African, and African, to win a US Open singles title with victory over top seed David Wagner in the wheelchair quad singles on Sunday. 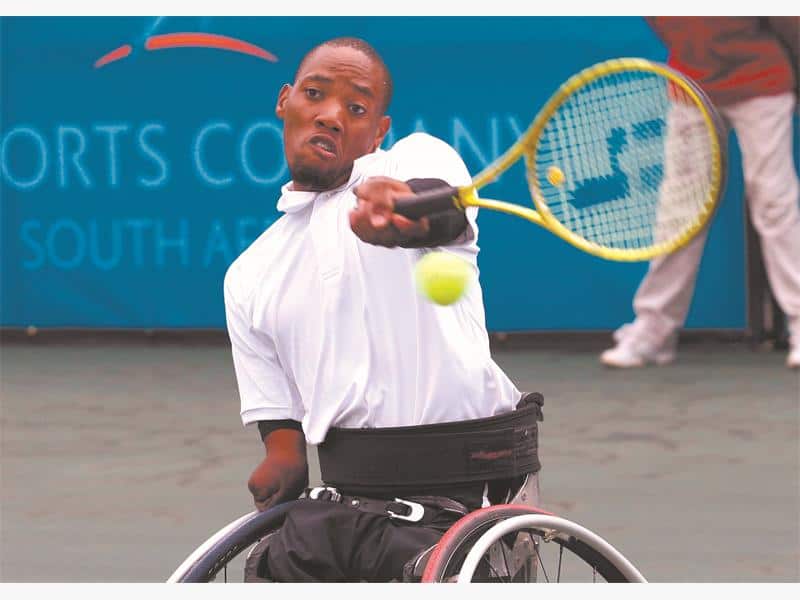 It took the 26-year-old three sets to do it but he claimed the title, his biggest career win, prevailing 3-6, 6-4, 6-4 against the world No 1 American, who was aiming to secure a third straight US Open title.

The win saw Sithole elevate his own world ranking to second, ahead of Great Britain’s Andy Lapthorne. He went into the event rated third-best quads player in the world.

Sithole battled hard early on in the match as Wagner took the first four games, but a service break in the second set gave him a 4-3 lead and he kicked on to register his fourth win over the American for the year and claim his first Grand Slam title.

It was similar to their encounter played last Friday, that saw Sithole rally back after losing the first set 1-6 before closing out the match, claiming the last two sets 6-4 and 6-1.

“I was confident coming into the final,” Sithole, who returns to South Africa today, said. “I’d like to thank David for sharing the experience with me on court. I really enjoy playing against him. He is a great player, one of the best in quads,” he added.