Years of hard work and dedication to his craft finally paid off for Dino Bagattin as he claimed the EFC Africa welterweight title at the end of an epic clash against Michiel Opperman on Thursday night. 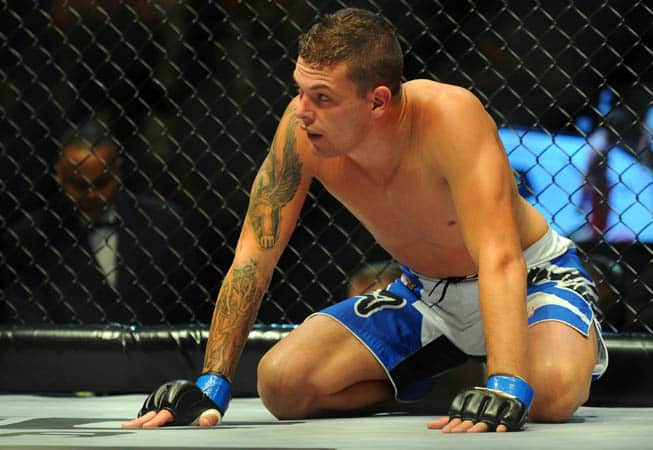 By the end of the five rounds of warfare, both fighters were left bloodied, Opperman more so than “The Lion”, but there was little doubt about the outcome as the challenger, Bagattin, had done more than enough to impress the judges. He earned scores of 49-46 on all three cards to claim the belt and make the step up from the gatekeeper of the division to champion.

The headline bout saw heavy underdog Sors Grobelaar attempt to make the step up and challenge champion Andrew van Zyl for his title. But he fell well short as “One Gear” dominated proceedings and forced an early stoppage in the second round with his ground and pound approach.

There was a brief moment at the start of the second round where “The Guru” had stunned the champion as he came out with a flurry at the hooter but Van Zyl’s iron jaw withstood the barrage and as expected, he won the battle on at 1:51 into the second.

In other main card bouts on the night, EFC newcomer Vandam Mbuyi displayed his one punch knockout power when he stopped Wilhelm Strauss in 28 seconds in their heavyweight clash while Boyd Allen submitted Wesley Hawkey with a choke 1:59 into the first round of their battle.