A clash of titanic proportions awaits when heavyweight Ricky Misholas and Ruan Potts step into the hexagon at the next event in the Extreme Fighting Championship at Carnival City on October 10. 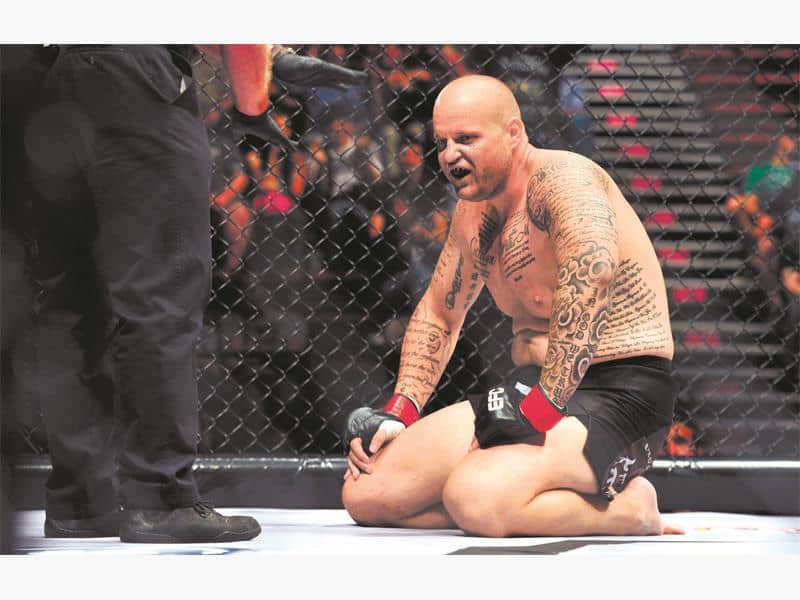 RETURNING. Ricky Misholas, right, returns to the ring to take on Ruan Potts at the next EFC event at Carnival City on October 10. Picture: Backpagepix.

The two were set to slug it out back in June but injury forced Misholas to pull out of the fight at the last minute, much to the unhappiness of Potts and mixed martial arts fans who were hoping to see “The Apocalypse” pit his heavy hands against the slick skills of former champion Potts.

“It’s sorted now. I can go in the ring and bang again. I’m a warrior. I have to make sure I’m going to walk out of that cage as a winner,” Misholas said this week.

It’s no secret that Potts has a complete set of skills. He wasn’t the division’s champion for nothing, and his ground game will more than likely be his biggest weapon against the sheer power that Misholas possesses in his fists.

But the Democratic Republic of Congo-born fighter is ready to exploit weaknesses he claims to have found. “People don’t want to pay money to see someone lying on the ground,” Misholas said.

“People want to see punches and kicks thrown. If I wanted to sleep it will be better for me to just stay at home.

“I can’t wait. I always have one thought and one game plan. Knockout and win the fight. But for this fight I’m not fighting a Mickey Mouse guy. I’m fighting someone of a high calibre and it’s going to be a tough fight and a tight fight.”

There’s a carrot dangling for the winner of this contest with word that a shot at the crown, now worn by Andrew van Zyl, is on offer. “I can’t wait. It’s motivation. I’ve got no pressure for this fight against Potts.”