GAMING – Call of Duty: Ghosts’ requirements are a huge mistake

Activision had the internet up in arms this week when it released the minimum and recommended specifications for its upcoming FPS blockbuster, Call of Duty: Ghosts, which are drastically different from what was expected. 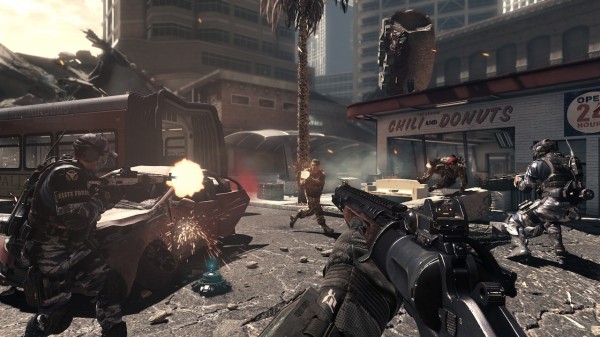 A scene from Call of Duty: Ghosts

The highlights include 6GB of RAM as a minimum, as well as a 50GB chunk of hard disk space and a Radeon HD5870/GTX 550 Ti. Oh and if you want to be cranking up the settings, you’re going to need a top-of-the-line GeForce GTX 780.

Some see this as progress and a step in the right direction; I see it as Activision making a terrible, and potentially costly, mistake.

The thing is, Call of Duty is not a franchise well-known for pushing the boundaries when it comes to graphics. It’s been built on the Quake III engine for quite some time, and that hasn’t changed with Ghosts (although Infinity Ward does claim it’s an “upgraded” engine).

The series has always been about an action-packed, Hollywood-esque, relatively short single player campaign and a competitive and fun multiplayer experience. I think a lot of the game’s enormous success is that it’s comfortably straddled the line between casual and competitive. 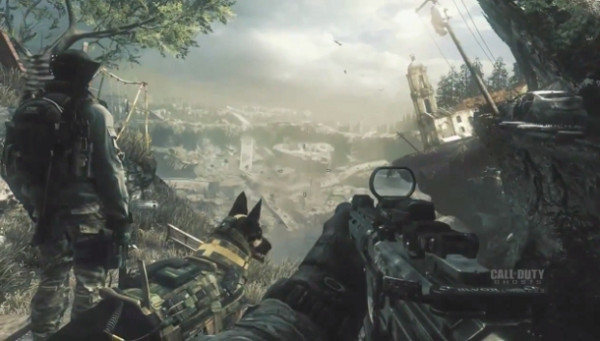 It doesn’t look embarrassing on someone’s enormous gaming rig, but it’s also the kind of FPS you could run at medium settings on a decent laptop. It was always very well optimised, didn’t look half-bad at lower settings and the gameplay was smooth as butter.

For comparison, the minimum required specs of the last instalment, Black Ops 2, include a modest 2GB RAM requirement and a long-in-the-tooth GeForce 8800GT. This was less than a year ago; it’s not like the PC gaming sector has had some kind of revolution since then.

Don’t get me wrong – I don’t expect to be able to run every AAA blockbuster on a mid-range laptop. If you’re buying a Crysis game, for example, a big selling point is the ability to really put your system to the test. Since the original Crysis set people’s computers on fire, that franchise has been associated with mind-blowing graphics and hardcore hardware.

Call of Duty, on the other hand, is not. If it really needs 6GB of RAM to function, I foresee a lot of unhappy customers who didn’t get the memo. People who ran Black Ops 2 on high with no problems whatsoever are going to be more than a little surprised when they are barely able to run the game.

The insane 50GB size of the game (good luck getting that one off Steam) has been credited to the use of “massive textures” which are for people wanting to use a 4K screen. Those people probably make up, what, 1%? 2%? of gamers, but the other 99% are getting plied with a 50GB install and a 300% increase in minimum system requirements. Would it not have been easier to pack those enormous textures into some kind of DLC, and let the rest of us have a reasonably sized download?

There’s a lot of talk going around about poor optimisation, but I find that pretty hard to believe. The Call of Dutyfranchise has always prioritised gameplay and smooth FPS over graphics and grunt. That being said, however, ramping up the requirements to accommodate these mega-textures seems to be at odds with that philosophy too, so anything is possible.

Say what you want about the Call of Duty franchise, but I feel like it’s always been the great equaliser. It’s a game that almost everyone will play and enjoy. It’s also a game that, before now, everyone COULD play. It’s fun, it’s disposable, it doesn’t take itself too seriously and it’ll give you a few solid months of fun before the next instalment comes out. It’s not 4K gaming. It’s not massive textures or a hardware nut’s wet dream. It’s a game for Dads and casual players and people with aging hardware that can’t quite manage the latest Crysis or Bioshock.

Luckily for me, I will be able to play Ghosts. But it’s a damned shame to see that many people won’t.