If the atmosphere at the weigh-in is anything to go by, the roof of the Big Top Arena at Carnival City may very well come right off when Jeremy Smith and Garreth McLellan do battle for the EFC middleweight title tonight. 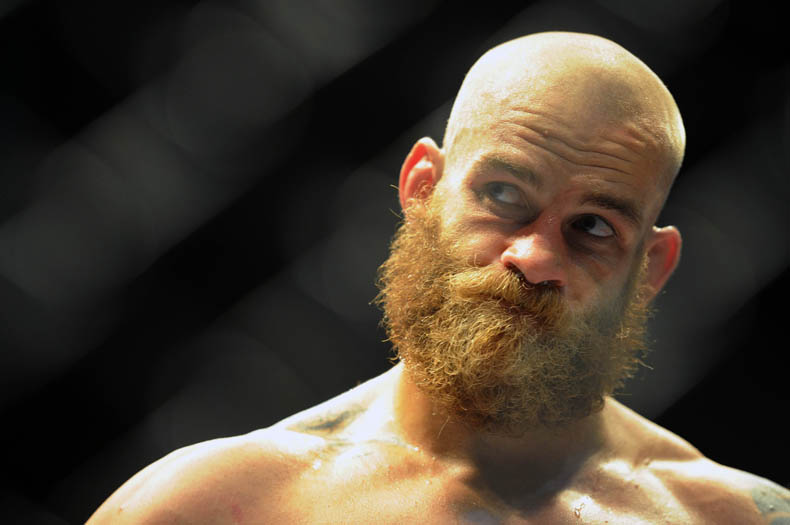 When the two get into the hexagon, there will be very little love lost in what will be their second meeting.

But this time around, the roles are reversed as it’s Smith who holds the championship belt.

When they first met at EFC12, it was McLellan who held the belt, but he surrendered it to “Pitbull”, losing via a fourth round submission and it’s that loss that has spurned him to keep going as he looks to reclaim the championship.

“I will finally get what I’ve been working for. It’s right at my doorstep and I can’t wait. I’ve worked hard and put everything into this. My mental state is amazing and I believe,” McLellan said after yesterday’s tense weigh-in.

“Jeremy is the champion and he proved it. He’s a good fighter and he’s going to produce a champion’s performance. To win, I’m going to have to be better.

“That’s what I’ve worked for. When you get a situation where you have two guys coming to prove everything they’ve got, you can only have fireworks.”

The evening will also see Demarte Pena look to extend his record as the EFC’s most dominant champion when he defends his featherweight title against Alain Ilunga in what will be his fifth defence.

In other fights on the main card, heavyweights Ricky Misholas and Ruan Potts do battle while Brendan Katz makes a much anticipated return when he meets Gareth Buirski in a featherweight clash.