Schoeman bounces back in Triathlon 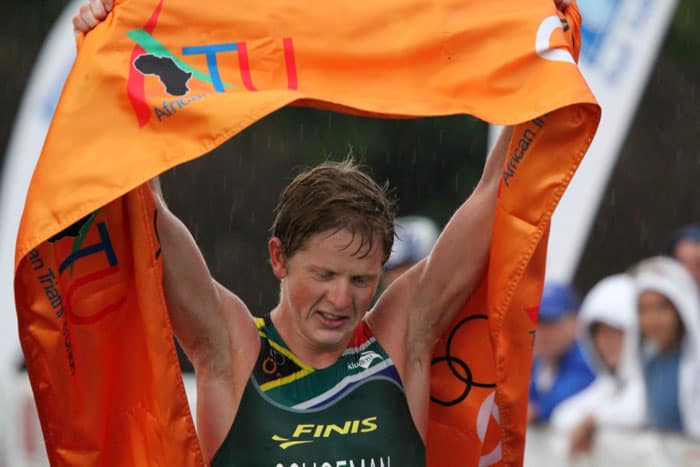 The KwaZulu-Natal athlete was suffering with a niggly chest infection ahead of Rio but the Stockholm leg of the World Triathlon Series (WTS) in Sweden at the weekend produced a joint best WTS effort for him.

Runner-up Portugal’s Joao Pereira ended almost a minute back in second spot (1:50:18).
Aussie Aaron Royle was third in 1:50:26 and Schoeman missed out on the podium by 10 seconds.

He led the field out of the water in 19:23, his bike ride was 16sec off the pace and his run leg of 30:30 was only bettered by five competitors.

“I’m really happy to be back, and maybe 95 percent healthy and racing well again,” Schoeman told Road to Rio 2016.

“I had a very bad experience in the Rio Olympic Test event so I was hungry for a good result this time. My fourth place is an equal career best in WTS so I’m thrilled about my performance. I’m happy with the way I raced and ran myself into second with one lap left to go.

“It took a lot out of me and I didn’t have much left in the sprint for podium in the final kilometre. Every race is a huge battle for a podium and you have to deliver an extraordinary effort these days to get it. It’s my third time coming close to being on the podium this season. This was my closest yet.

“I won’t give up and I will keep pushing to be on the podium. I’m probably even more excited about my seventh spot in the WTS ranking with only the final race in Chicago left for me.

“I look forward to give one final push in training and that I can deliver a good result in Chicago to secure my first top 10 WTS season finish.”

Prior to the weekend, Schoeman’s best position was the fourth place he collected in Kitzbuhel, Austria two years ago.

The elite women’s race proved to be a dogged day for SA’s Gillian Sanders.

Like Schoeman, part of the silver-medal SA team in Glasgow last year, she was forced to abandon after an injury suffered just under a week before race day came back to bite her.

“I was doing repetitions on the grass and there was a dog that just didn’t move so I had to jump over it, and strained my calf muscle,’ said Sanders.

“I rested the whole week and thought it would be OK to race on but soon as I got into the run knew it wasn’t. It felt like it was gonna rip even more and was pretty sore so I stopped after a kilometre. I’ve withdrawn from Edmonton but should be OK by Chicago in four weeks time.”

“I’ve just been to my massage therapist and he reckons hopefully get me back at it sooner than I thought. I might still be able to do Canada if able to run by the weekend.

“The calf was fine on the swim and bike. I came out of the water 17th, a good swim and felt very strong on the bike, so just the run.”
– African News Agency (ANA).