After four rounds of action-packed hockey in the SA Men’s Interprovincial Tournament at Tuks Astro in Pretoria, the log leaders after day four’s fare Wednesday are hosts Northern Blues in Pool A and Western Province in Pool B. 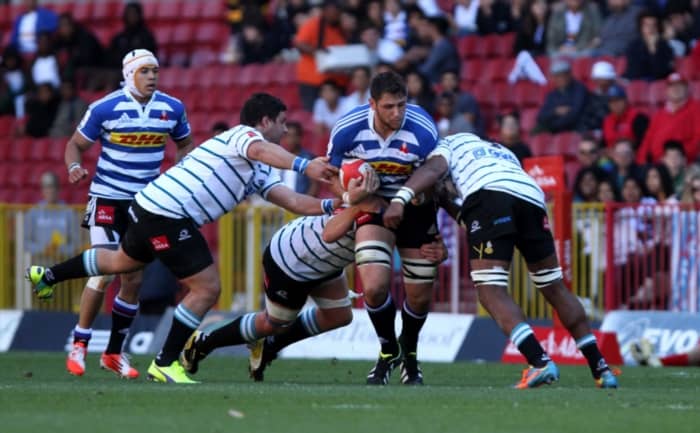 Pool B features Western Province in front of Southern Gauteng. Both sides have a maximum 12 points from four matches but WP have a healthy goal difference advantage of 12.

In Pool A, SA U21 should have the measure of KZN Inland, and underdogs KZN Mynahs will do exceptionally well to topple KZN Raiders.

At 4.15pm Northern Blues and Western Province Peninsula are set to be involved in a humdinger, while the match of the day at 6pm sees Southern Gauteng in a must-win against WP if they are to finish on top of Pool B.

In Wednesday’s late game in Pool A, Northern Blues beat KZN Inland 2-0 after leading by the same margin at the half-time whistle.
Blues took the lead in the 10th minute via a Ross Gonsalves field goal and Tim Guise-Brown made it 2-0 six minutes into the second quarter (19th minute).

In Pool B, Western Province accounted for Free State 7-1 after the Bloemfontein lads had put up a stout resistance in the first half, the Capetonians leading 2-0 at the changeover.

Southern Gauteng had to withstand a determined Wits, whose goalkeeper Justin Phillips was outstanding, before coming away with a 4-0 victory, this after the teams were locked 0-0 at half-time.

Eastern Province bagged their second win in beating North West 5-1 after enjoying a 4-0 lead at the changeover.

The EP goals were scored by Natius Malgraff (2), Kevin Carrol and captain Lyall Meyer (2), while the Potchefstroom lads’ Francois Cilliers succeeded from a penalty corner.

Western Province Peninsula and KZN Raiders were involved in a humdinger, the Durban team’s 4-0 win after they led 2-0 at half-time was the product of goals by Cam Mackay, Keagan Robinson, a superbly worked goal that was finished off by Andrew Manson, and a Greg Last penalty corner.
A Pool A match that had plenty of drama saw KZN Mynahs put in an outstanding display of defending to hold South Africa U21 to a 1-1 draw.

Mynahs took the lead in the last minute from half-time when Taylor Kelly-Stack nailed a goal from the penalty spot. Five minutes after half-time (35th) the SA juniors equalised when Bili Ntuli scored a field goal.

The Pretoria men got on the board in the very first minute courtesy of Stuart Dunbar. Namibia equalised one minute from the end when captain Brynn Cleak scored from field play.

In the other match, SA Country Districts beat Eastern Gauteng 3-2 after leading 2-0 at half-time. Gareth Bishop scored a field goal and Ben Buys got a brace of penalty corners. Easterns’ goals went to Ben Stuthridge and Dave Fink.