Scramble for a tee time

There was a scramble on the layout at Glendower Golf Club as players in yesterday's qualifier looked to book one of the final 10 spots in the field on offer for this week's BMG Classic. 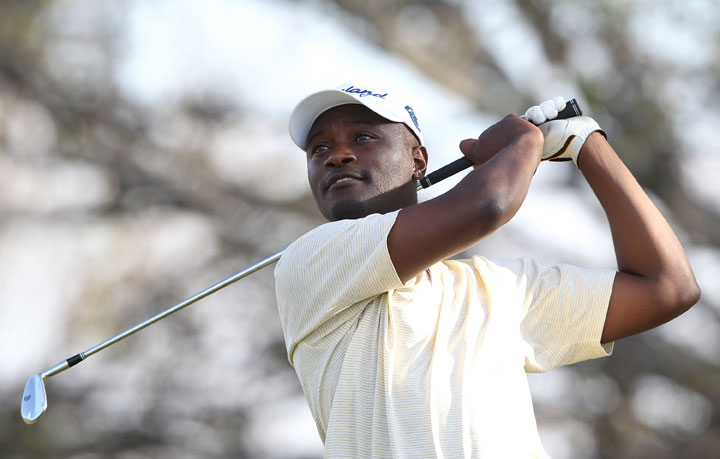 File picture: Madalitso Muthiya during day 1 of the Zambia Sugar Open from Lusaka Golf Club on May 16, 2013 in Zambia. (Photo by Luke Walker/Sunshine Tour/Gallo Images).

But the parkland course proved to be tricky for the field with only one player managing to go under par at the club on Johannesburg’s East Rand with Zambia’s Madalitso Muthiya turning in an impressive round of 69 thanks to a late rally over the closing holes.

His day got off to a shaky start with a double bogey on the par-three third, but he managed to settle down even though there was a bogey on the sixth and a double on the ninth. But two birdies and an eagle on the par-five eighth, meant that he turned it round.

Holes 10 to 13 were all parred but it would be from the 14th that the Zambian shone with a run of four birdies and a closing par that saw him end the day on three-under par and ultimately head into the event proper which starts tomorrow.

Muthiya’s nearest challenge came from Botswana’s Stuart Smith who recovered well from a nervy two-over first nine to return to the clubhouse even par for the day.