The weather gods may have conspired to ensure that the final round of the BMG Classic was a rainy affair, but there was very little that could put a dampener on Ulrich van den Berg's day as he claimed the crown by five strokes yesterday. 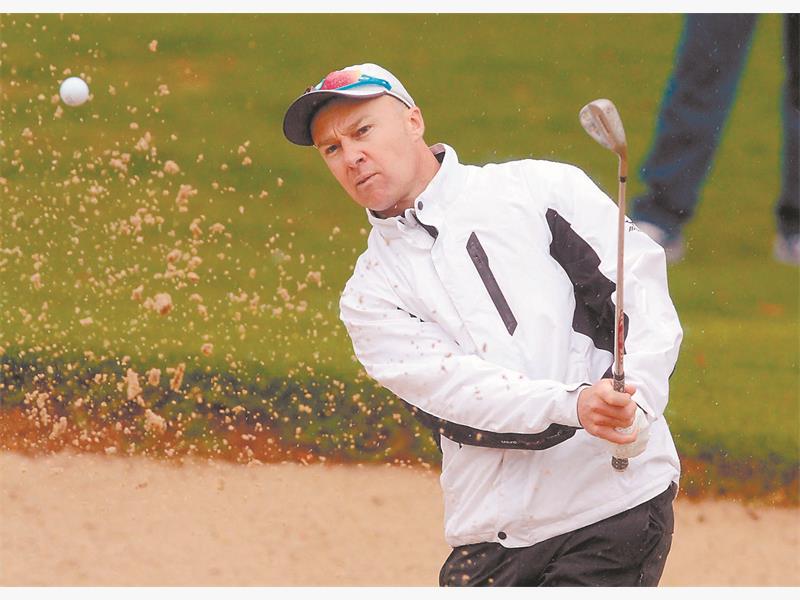 WEATHERING THE STORM. Ulrich van den Berg in action during the third round of the BMG Classic at Glendower yesterday. Picture: Gallo Images

While Glendower Golf Club, which will host the SA Open in a month’s time, received welcomed sustenance from the skies, the conditions did very little to assist the golfers as Van den Berg got to work on improving his overnight total of 10-under-par.

A final round score of 67 took his total for the weekend to 15-under-par 201 and ensured that he broke a winning drought that has lasted just under three years.

“2010 was my last one and I didn’t know if I could still do this. I’m going to treasure this one because I treasure this course. This is one of our gems and I look forward to a great SA Open here,” Van den Berg said.

“I played fantastically well today. I started nicely and made some nice saves on the first few holes. I’m just thrilled to have beaten a field like this.”

Having gone out in 33 strokes, thanks to a run of four birdies to round off his front nine, Van Den Berg kept mistakes to a minimum with the only blemishes being two bogeys on the par-four fifth and par-three 17th holes.

Hennie Otto, who led the tournament through the first two rounds and who looked poised to raise the trophy as his recent run of good form continued, had to settle for a share of second with Tich Moore at 10-under, while Colin Nel and Merrick Bremner were tied for fourth at eight-under.