Tommy’s finger on the trigger

Fight week dawned yesterday, and if there's anyone who is fully aware of the date, it's Tommy Oosthuizen. 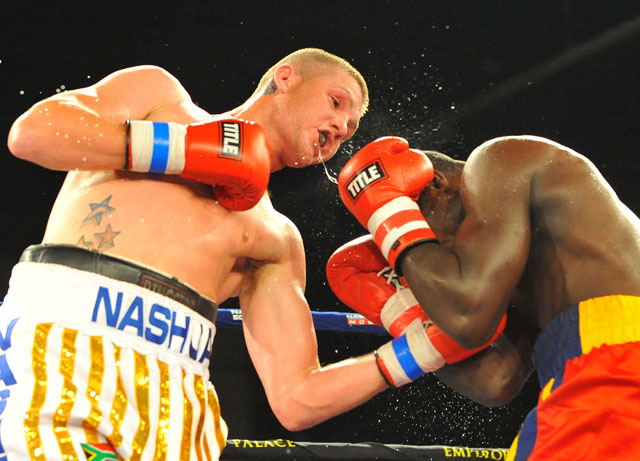 The IBO super-middleweight champion has a point to prove on Saturday when he defends his crown against Ezequiel Maderna at Emperors Palace as the co-main event on the “Fighting Force” tournament.

Coming off a lacklustre draw against Brandon Gonzalez back in June, “Tommy Gun” is eager to impress the critics who felt that the performance wasn’t worthy of his talents, especially when his sights are set on taking on some of the big-hitters in the division.

“Mentally, my mind wasn’t on the fight. I was going through some personal stuff but I’m not blaming it on that. I can’t go back and change it but I can go forward and change people’s opinions,” Oosthuizen said in the build-up.

Oosthuizen has yet to lose as a professional, with 21 wins and two draws to his name and the 25-year-old doesn’t see that unbeaten tag being shed against his Argentinian opponent who boasts a solitary loss in 21 outings.

“I think it will be a boxing display. His style will suit me and I’ll work from there. He’s a tough character and has a nice defence. He does the basics well but speedwise, he doesn’t have it. Speed kills,” Oosthuizen said.

There have been concerns that Oosthuizen, who makes a seventh defence of his championship, is outgrowing the super-middleweight division but the southpaw has rubbished those suggestions.

“I’m still there. I’m making the weight easily. Let the world complain about me being too big for super-middleweights, I’m cool where I am.”

The other main event will see Hekkie Budler put his IBO minimumweight title on the line against another Argentinian in Hugo Verchelli. The fighters will all square off today for the first time at the pre-fight medical and preliminary weigh-in.