The second round of the South African Open started with a spot of bird- watching for Charl Schwartzel as he blitzed the front nine. 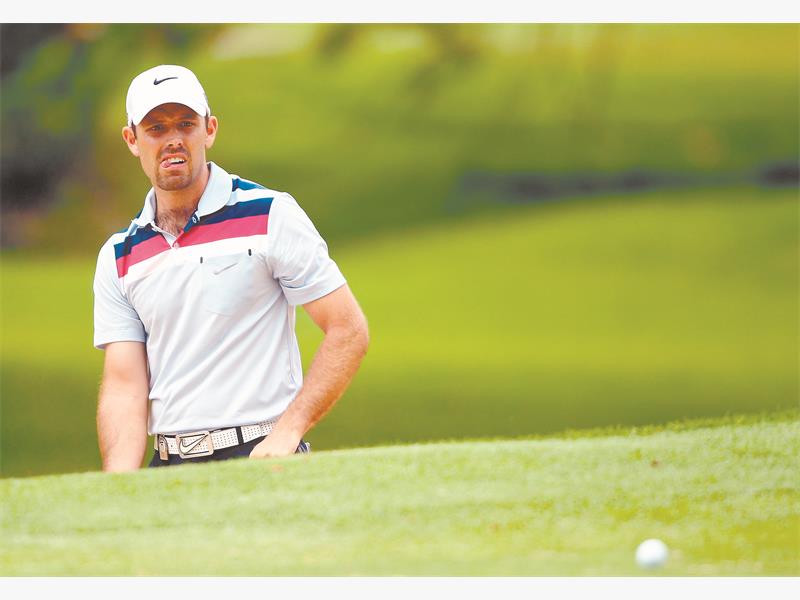 An opening blitz of three birdies from the first tee coupled with a further two and an eagle on the par-five eighth meant that the world No 22 went out in 29 strokes.

There were hiccups on the back nine though with dropped shots at the 10th, 13th and the par three 17th but birdies from holes 14 to 16 meant that he came in level par for the back stretch and a round of 65 to take a share of the lead at 12-under par for the tournament.

The South African, who started the day in a tie for sixth, joined Italian Marco Crespi at the top of the leaderboard.

“It was one of those nines when it felt like everything was going well,” Schwartzel said after his round. “On the front nine I hit the ball fantastically, I hit it close and holed a few putts.”

“It was great to turn in that low number and get my name up the board quickly. I didn’t really get ahead of myself,” he added.

Schwartzel was adamant that he was going to stick to his guns.

“I’ve got a plan with the way I play the course and it allows me a lot of opportunities.

“I played pretty defensively off the tee to put myself in play to hit shots on the greens and then try make the putts,” he said.

Crespi went bogey-free on the front nine with four birdies and five pars to set the early pace. Two more birdies followed on holes 12 and the 403m par-four 16th while a drop at the par-five 15th saw him sign for a 67.

Denmark’s Morten Orum Madsen was in third place on the overnight leaderboard after a round of 67 took him to 11-under while Christiaan Basson is a shot behind in fourth.

Jbe Kruger and England’s James Morrison are both on nine under for the championship with five players on eight under with the group including Ulrich van den Berg and James Kamte who have both won the Sunshine Tour’s BMG Classic on this course.