Smart money on the Super Swede

Studying the betting boards for the Nedbank Golf Challenge, it came as little surprise that Henrik Stenson has been priced up as the favourite for this year's renewal. His career hit a high this past year with victories in both the Race to Dubai and Fedex Cup and it’s the form he has displayed over the last few months that’s seen a price of 3/1 wagered on his chances of adding a second title at this event. He’s enjoyed the layout at the Gary Player Country Club in the past with a victory in 2008 and second place finishes in 2006 and 2009.

“Henrik has been a phenomenon of the 2013 season. He’s probably the most talked about player of the year and we are honoured to have him in our field,” tournament director Alastair Roper said ahead of tomorrow’s first round.

“When he won here in 2008 he thrilled the fans with a display of ball striking that was of the best ever seen in this tournament. It is incredibly exciting that we can welcome him back at the end of such a magnificent year for him.”

The European Tour’s most recent winner, Charl Schwartzel, is the South African golfer sitting highest on the betting boards at 7/1 with his performance at last weekend’s Alfred Dunhill Championship a sure pointer to his chances, although he has struggled at Sun City in the past.

“Whenever you win and you’re playing well is great, whichever time of the year it happens. It shows that I’m playing nicely and I’d like to see if I can continue,” Schwartzel said. “Sun City is a golf course I don’t feel very comfortable on. I like it, but I have to play very conservative, so I’m hoping the rough is up and playing long, then it will play in my favour.”

While the pre-tournament favourites look to be good options heading, there’s a field of 28 other quality players – which was completed with the news that world No 44 David Lynn had secured an invite – that will challenge for “Africa’s Major”. 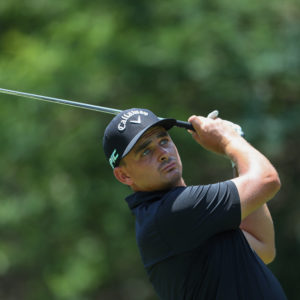