There's a children's nursery rhyme with the line "rain, rain go away, come again another day". It's a line the field in the Nelson Mandela Championship would have been muttering yesterday. 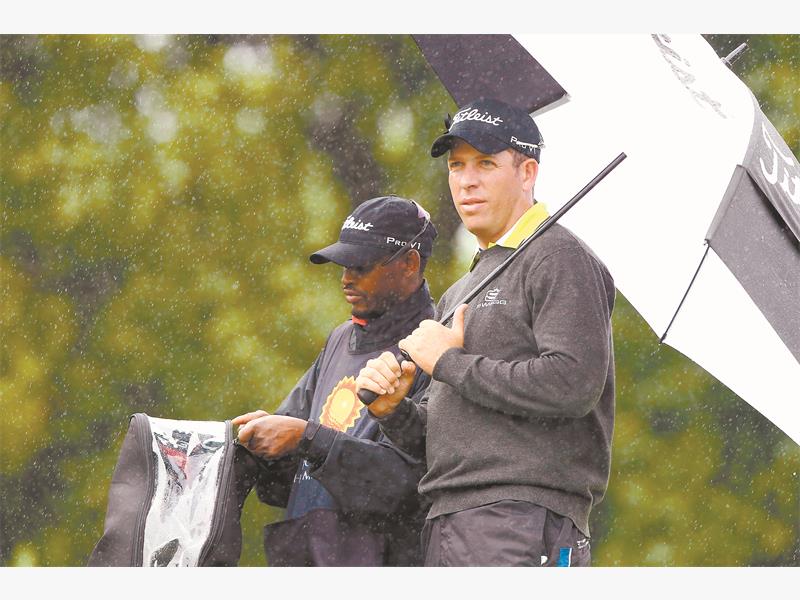 By the time play was suspended on the first day of the tournament on Wednesday, a third of the field was yet to tee off, which meant 6am starts yesterday for the 50-odd players and many would have thought of packing flippers into their golf bags as they negotiated a soaking wet Mount Edgecombe Country Club course.

The siren sounded shortly before 11am and play was suspended for the day, but one man who was thankful for the delay was Oliver Bekker who stepped into the clubhouse as the leading South African at six-under-par after 14 holes.

“I’m actually happy about the delay. The weather is brutal out there and I’ve got a couple of tough holes coming up. Hopefully if it clears, it’s nice and calm and the wind dies down a bit and maybe those holes become a little bit easier,” said Bekker, who celebrated his 29th birthday yesterday.

Bekker admitted that campaigning in Europe this year had helped him cope in conditions like these.

“I think playing Challenge Tour this year helped a little bit. We had the same conditions in a lot of the tournaments and you kind of get used to it,” he said, adding that the conditions tested the mind.

“You just keep your head down and grind. There’s nothing you can do about it. Walking down the fairway I kept thinking ‘another bad draw, I’ve got to play another 18 holes in this weather’.

“You don’t take it so personally. It’s the same for everyone. If you can get past that battle I think you are beating half the field already.”

Bekker’s round included five birdies on the front nine as he went out in 29 strokes with a single birdie on the back stretch before heading in when play was called.

He joined the French pair of Edouard Dubois and Romain Wattels in a share of third. Francois Calmels is second at seven-under while Englishman Daniel Brooks leads at eight-under-par.